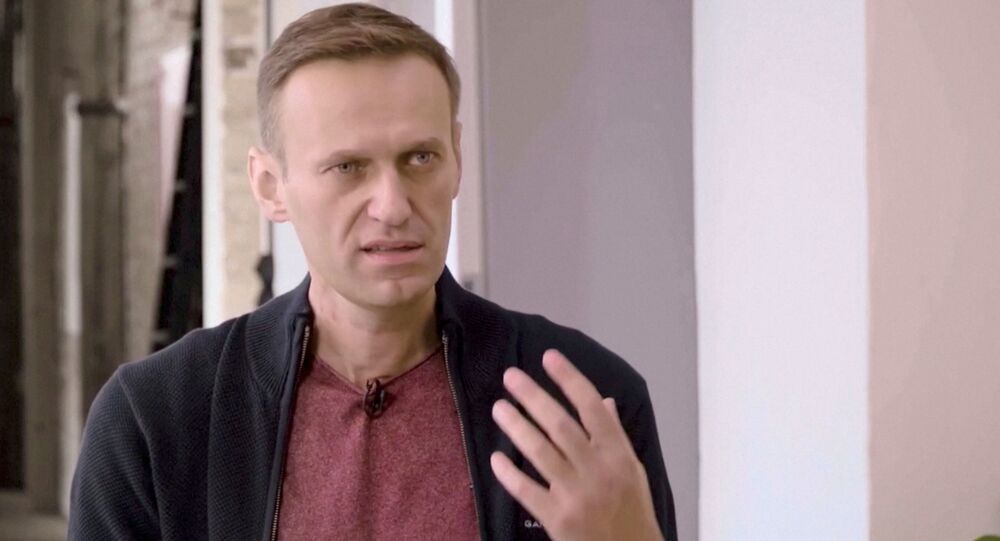 Moscow has repeatedly said that it is committed to a thorough investigation into the Navalny case, saying that it has sent a number of requests to Berlin for information on his health condition, but the German authorities have refused to give access to data and provide any evidence, claiming that it's a state secret.

Without an explanation from Russia, "targeted and proportionate sanctions against those responsible are inevitable", Heiko Maas said in the Bundestag on 7 October.

"Russia would do well not to let it get that far", he added.

Even though the German government has repeatedly turned down Moscow's requests to share info on the case for it to be able to launch an investigation, Maas went on to criticise Moscow for not having "explained" how Navalny could have been poisoned in Russia with a substance from the Novichok group of nerve agents.

"Russia should have a great interest in solving the crime itself", he said.

Maas also stressed that the Russian government had corresponding samples from Navalny's treatment in Omsk before his trip to Germany. However, doctors in Omsk, after conducting multiple tests, said there were no traces of poison in Navalny's blood or urine.

The development, manufacture, and possession of chemical weapons are a "blatant violation" of international law, according to the German top diplomat.

"It is a serious violation of civil rights committed with a chemical nerve agent, and we firmly believe that this cannot remain without consequence. That is why we will be coordinating a joint response with our partners within the European Union - and also within the OPCW - over the next few days", he said.

The statement comes after the Organisation for the Prohibition of Chemical Weapons (OPCW) said on 6 October that a substance similar to nerve agent Novichok, but not included on the lists of banned chemicals, had been found in Navalny's organism.

The German government has stated that the OPCW's statement in the Navalny case confirmed his poisoning with a Novichok group substance but admitted that the substance was not banned. The Russian Foreign Ministry has commented on the matter, saying that the story around Navalny continued in line with a pre-planned conspiracy scenario.

Political figure Alexei Navalny was hospitalised in the Russian city of Omsk on 20 August after he fell ill on board a plane. Based on the results of tests, local doctors called the main diagnosis of a metabolic disorder, which caused a sharp change in blood sugar. It is not yet clear what caused it, but according to Omsk doctors, no poisons were found in Navalny's blood and urine.

Two days later, once the doctors had established he was fit for cross-border aerial transportation, he was taken by plane to Germany. After that, the German government announced, citing military medics, that Navalny had allegedly been poisoned with a substance from the Novichok group.

In September, the German cabinet said the conclusions of German experts had been confirmed by laboratories in Sweden and France, Separately, the OPCW is conducting its own research at Berlin's request.

The Kremlin stated that Berlin had not informed Moscow of its findings, and the Russian Foreign Ministry stressed that Russia was waiting for a response from Germany to an official request regarding the situation. Russian Foreign Ministry spokeswoman Maria Zakharova said that over the course of a month, Russia had sent Germany three requests for legal assistance on the situation with Navalny, but no answers had been received.

© Photo : navalny/instagram
Navalny Accuses Putin of Poisoning: Why Claim Holds No Water and Who Could Benefit From It
On 23 September, the Berlin-based clinic Charite reported that Navalny had been discharged from the hospital, his condition was satisfactory, and doctors did not rule out a complete recovery.

After leaving the hospital, Navalny gave several interviews, accusing the Russian authorities of being behind his alleged poisoning. The Kremlin has rejected the claims as groundless, extremely insulting, and unacceptable, noting that no proof has been presented.