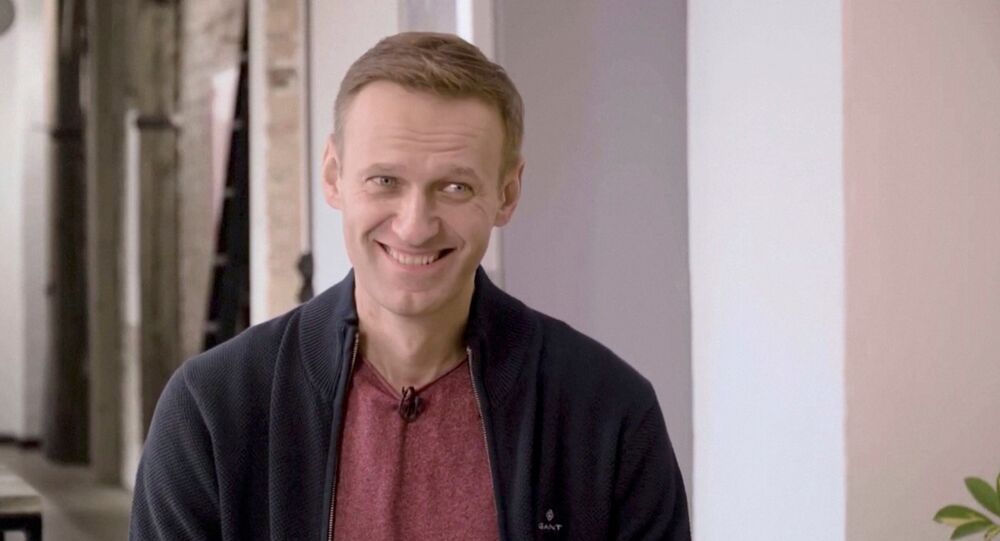 Russian opposition politician Alexei Navalny has accused Russia’s authorities of being behind his alleged poisoning. The Kremlin has rejected the claims as groundless, very insulting and unacceptable, noting that no proof has been provided.

The Organisation for the Prohibition of Chemical Weapons (OPCW) has claimed that its tests confirmed that there are toxic substances in Navalny's blood and urine samples.

"The results of the analysis by the OPCW designated laboratories of biomedical samples collected by the OPCW team and shared with the Federal Republic of Germany confirm that the biomarkers of the cholinesterase inhibitor found in Mr Navalny’s blood and urine samples have similar structural characteristics as the toxic chemicals belonging to schedules 1.A.14 and 1.A.15 that were added to the Annex on Chemicals to the Convention during the Twenty-Fourth Session of the Conference of the States Parties in November 2019", the statement said.

However, the detected cholinesterase inhibitor was not included in the CWC annex, the organisation noted.

In the meantime, the German government has released a statement reiterating its call on Russia to provide an explanation with regards to the incident involving Russian opposition figure Alexei Navalny.

"The federal government is currently reviewing the detailed technical report which it received from the OPCW yesterday. The assessment of proliferation risks is important in the planned transfer or publication of the information and for the official listing [of the detected Novichok toxin with the OPCW]. The information about the dangerous substance must not end up in the wrong hands. The German government reiterates its call on Russia to provide explanations on the incident", the German government said.

Earlier today, the UK delegation to the OPCW said in a statement that there is "no doubt" that Russian opposition figure Alexei Navalny was poisoned with the Novichok nerve agent.

British Foreign Minister Dominic Raab has commented on the matter, saying that the UK will "look carefully at the OPCW conclusions".

"We haven't yet attributed [it] to the FSB [Federal Security Service] or the Russian state, but I think there is an incredibly strong case for Moscow to answer. We'll have to consider what further action we take", Raab told a parliamentary committee.

The statement comes after the German government submitted Navalny's case materials to the OPCW. Berlin has declined to make the materials available to Moscow, citing Russia's membership of the organisation, despite requests from Russian investigators, who launched a probe immediately after Navalny's hospitalisation in Omsk.

After waking up from a coma and released from the Charite hospital, Navalny accused Russian President Vladimir Putin of being behind his alleged poisoning. The Kremlin called his statement "extremely insulting and unacceptable".

On 20 August, Alexei Navalny fell ill during a domestic flight in Russia. He was initially admitted to a hospital in the Siberian city of Omsk, where the plane had to urgently land. Two days later, once doctors confirmed that he was fit for cross-border aerial transport, the 44-year-old politician was taken to the Berlin-based Charite clinic for further treatment.

© REUTERS / SOCIAL MEDIA
Navalny Says 'Feeling Better Each Day' in 1st Video Appearance Since Alleged Poisoning
German doctors initially claimed they found traces of a substance from the group of cholinesterase inhibitors in his system. However, soon after that, the German government said doctors had found evidence that Navalny was poisoned with a nerve agent from the Novichok group of toxins. According to Berlin, the conclusions of its doctors were confirmed by laboratories in France and Sweden.

Moscow responded by pointing to the lack of evidence for Berlin's claims and noting that tests conducted by doctors in Russia did not show traces of poison in Navalny's system. Russia has demanded that Germany provide proof to back up its claims. However, none has been received yet.