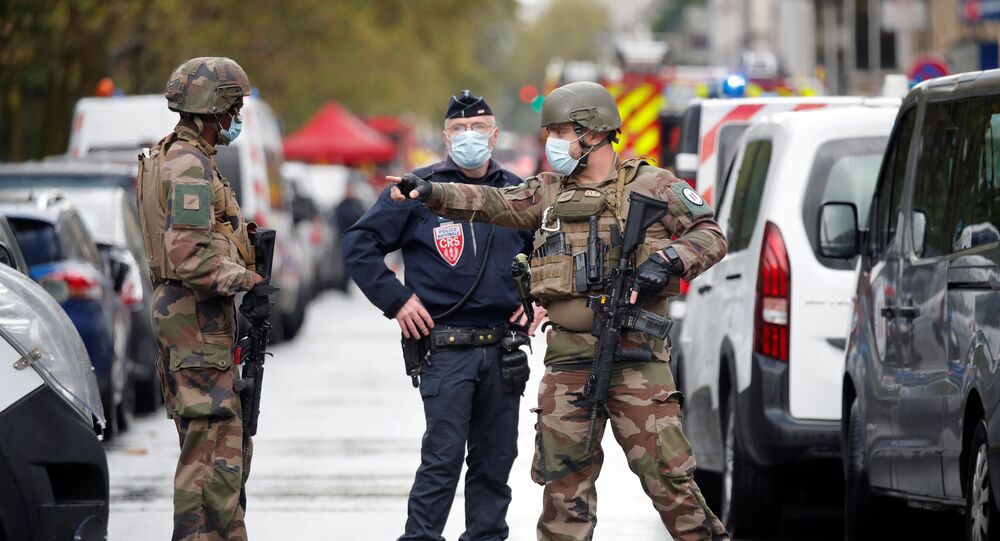 According to the newspaper, the suspect is believed to be a 2002-born Pakistani individual named "Ali H." The suspect is said to have pleaded guilty to the attack in Paris, which left two people with injuries.

"He said that he thought he was at Charlie Hebdo's building and that the people he attacked were from the satirical magazine," a source close to the investigation told the newspaper.

It is unclear whether the suspect, who was spotted by surveillance cameras walking past the ex-Charlie Hebdo premises multiple times on Friday, acted alone or had links to international terrorist organizations, the newspaper said.

The magazine moved from its original premises, where the incident on Friday took place, after the January 2015 terror attack that left 12 people dead. Five more people died in two other terror incidents in France in the days following the ambush on the magazine's office.

Charlie Hebdo republished the cartoons depicting the Islamic prophet Muhammad at the start of September as a trial into the 2015 terror attacks began. Al-Qaeda* has threatened the magazine with a new attack following the recent reissue of the cartoons.