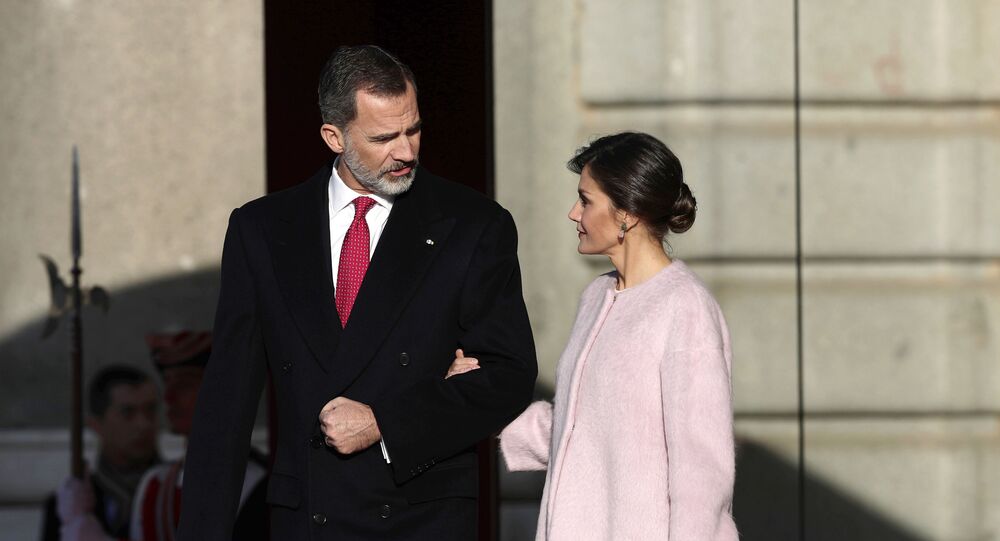 "I think that, as republicans, we need to be able to understand the historic moment of crisis faced by the Spanish monarchy and the model of state that embodies the Spanish monarchy itself. And, I think, we must have courage and boldness to bring to the table the need for Spain to move towards the horizon of a new republic," Iglesias stated.

According to Iglesias, the monarchy is no longer suitable for the younger generation of Spanish citizens, as "less and less people in Spain, especially young people," understand why they cannot choose a head of state and why a head of state can avoid responsibility if commits a crime.

© AP Photo / Francisco Seco
In this Saturday, May 4, 2019 file photo, Spain's emeritus King Juan Carlos, right, and emeritus Queen Sofia leave the Notre Dame cathedral after attending at the funeral of the Grand Duke Jean of Luxembourg, in Luxembourg.

In June, Spain's Supreme Court prosecutors launched an investigation into the role of former Spanish King Juan Carlos I in an anti-corruption case regarding the 2011 construction contract for a high-speed railway from Saudi Arabia's Mecca to Medina. Spanish firms have won the $8 billion deal to build the rail link, and anti-corruption officials suspect that the former king has kept undeclared funds in Swiss banks.

In August, Juan Carlos I suddenly left Spain amid the ongoing investigation. Spain’s royal house said that Juan Carlos I was in the United Arab Emirates.