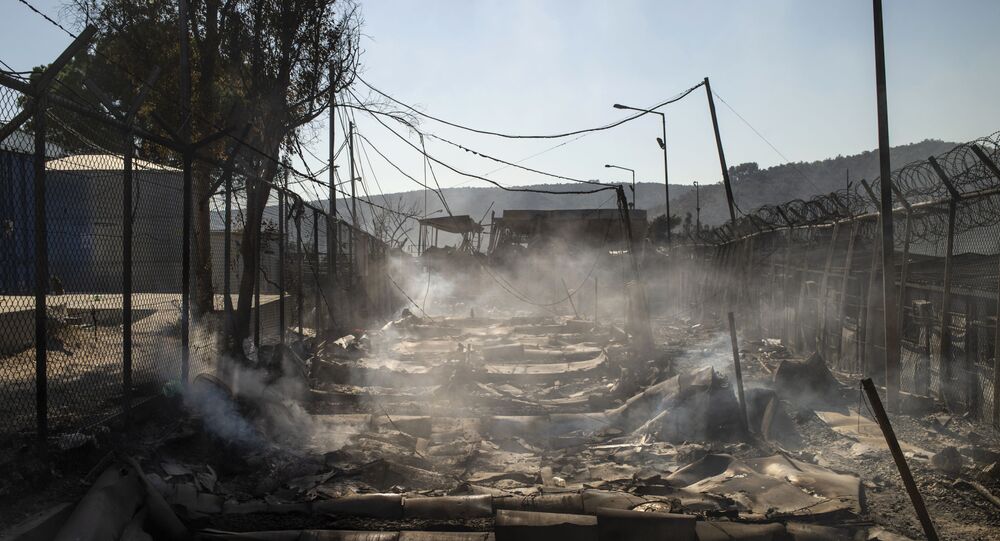 MOSCOW (Sputnik) - The Greek police launched an operation on Thursday morning to transfer residents of the Moria refugee camp on the island of Lesbos, which was devastated by a powerful blaze, to the new tent city in Kara Tepe, the Ekathimerini newspaper reported on Thursday.

Earlier this week, the newspaper reported that Greece planned to strengthen the police presence at the new migrant facility set up at an old military firing range to ensure order and protection as the country made efforts to relocate these migrants. At the same time, many migrants were reluctant to enter the new camp, as they considered it to be a "prison."

Seventy female police officers, who were flown in from Athens on Wednesday, were instructed to evacuate women and children first, Ekathimerini added.

Meanwhile, the Doctors Without Borders (MSF) said that its team was blocked by the Greek police from accessing the new MSF clinic set up on the island, as the relocation operation was ongoing.

​The overcrowded Moria facility was destroyed by a huge blaze earlier in September, leaving nearly 13,000 migrants without shelter. According to Greek media, the fire could have been caused by arson. The fire broke out after reports emerged that 35 residents of the camp had been diagnosed with COVID-19.