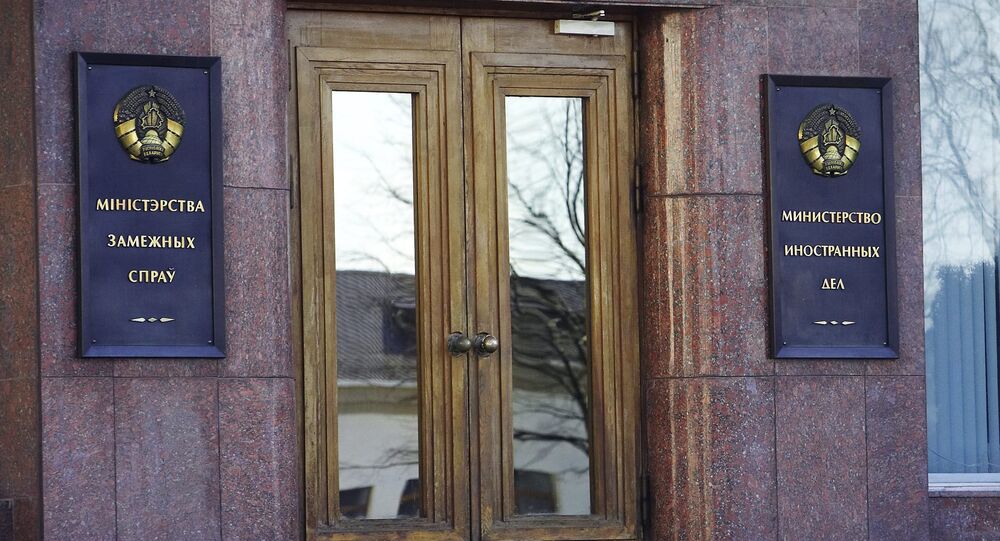 Minsk Will Have to Respond to Baltic States' Sanctions, Belarusian Foreign Ministry Says

MINSK (Sputnik) - Minsk will be forced to adequately respond to the sanctions of the Baltic states, Belarusian Foreign Ministry spokesman Anatoly Glaz said.

"Our Baltic neighbours have also launched a spiral of sanctions. We said earlier that Belarus would have to take adequate retaliatory measures against the initiators of such steps. And this will be done," the spokesman said.

Minsk is expecting the Baltic states to come to their senses "quicker than some might think", Glaz added.

Earlier, Lithuania banned entry into the country for 30 citizens of Belarus, including the incumbent president Aleksandr Lukashenko. Latvia and Estonia announced similar sanctions.

Meanwhile, The Latvian Foreign Ministry issued a statement with the full list of 30 Belarusian citizens who are placed on the country’s list of persona non grata.

Other Belarusian citizens who have been placed on the travel ban list include officials working at Lukashenko’s administration, the Central Electoral Commission, the Interior Ministry, the Justice Ministry, the office of the General Prosecutor, the State Security Committee, the Security Council, the Investigative Committee, the State Audit Committee and the Executive Committee of Minsk.

Viktor Lukashenko, the president’s eldest son and the first vice president of the Belarusian Olympics Committee, is also included in the travel ban list.

Rinkevics has stressed that Riga strongly condemns the "falsification of the 9 August presidential elections" in Belarus and the subsequent crackdown on peaceful protesters, persecution of media workers and activists.

"With our decision in this regard, the Latvian Foreign Minister said, we are giving a clear signal that such actions are not acceptable and that those responsible for such acts are not welcome in Latvia," the ministry said.

A wave of protests has swept through Belarus since the 9 August presidential election, which saw incumbent Alexander Lukashenko win a sixth term in office by a landslide. Members of the opposition have rejected the result of the vote.