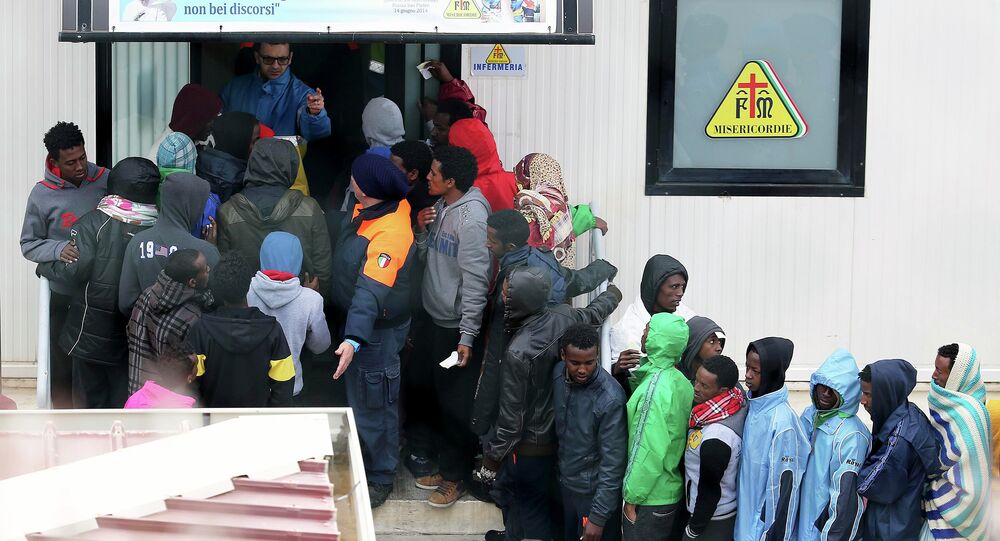 ROME (Sputnik) - Residents of Italy's Lampedusa on Sunday staged a protest in the island's trade port against what its mayor called an emergency over the continuing migrant influx, after over 400 refugees from Africa rescued in the Mediterranean were brought there by Italian Coast Guard vessels.

A group of local residents led by former Lega party lawmaker Angela Maraventano has organised a rally in the port trying to prevent a group of refugees, recently rescued by the Italian Coast and Financial Guards, from disembarkation.

"Lampedusa can't longer be in such a situation. Either the goprotestsvernment takes immediate action, or the entire island will go on strike. I can no longer control the current emergency. The administration itself will declare a strike, and we will close everything", Lampedusa Mayor Toto Martello stated.

Early on Sunday, boats of the Italian Coast and Financial Guards rescued about 450 refugees who were in distress about four nautical miles from Lampedusa. The rescued people were taken to the island's commercial port.

According to the latest data of the Italian Interior Ministry, from 1 January to 28 August, a total of 17,985 migrants arrived in the country by sea. In the same period of 2019, this figure amounted to 4,900 people.