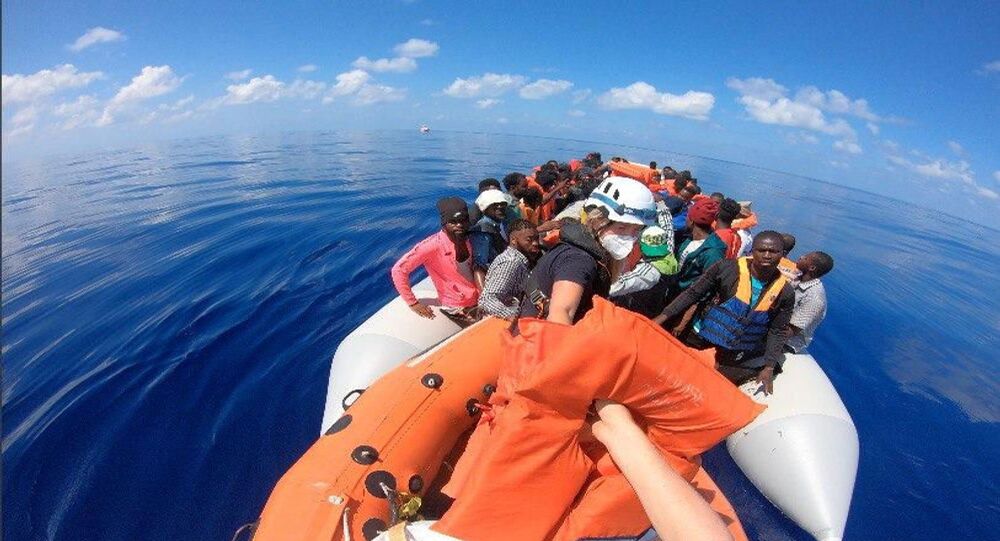 The Louise Michel rescue ship, safeguarding some 219 people, earlier requested urgent assistance from the European Union as at least one person on board had died and several received injuries. The ship has also asked for assistance from Italy and Malta.

Some 49 people have been evacuated from the Louise Michel rescue ship in the Mediterranean after it requested assistance from Rome, the mission said on Twitter on Saturday.

​The Italian coastguard confirmed that it answered the distress call from the vessel.

"In view of the danger the situation posed, the coastguards sent a patrol boat from (the island of) Lampedusa... which took on board the 49 people in the most fragile condition -- 32 women, 13 children and four men", the coastguard said in a statement.

​The Louise Michel vessel, which is sponsored by the famous artist Banksy to rescue migrants in the Mediterranean Sea, earlier asked the European Union for urgent assistance. Louise Michel said it had a dead person and several injured people on board.

Europe has been experiencing a migration crisis since 2015 due to the influx of thousands of migrants and refugees fleeing crises in their home countries in the Middle East and North Africa. The migrants are trying to reach the EU using various routes, primarily via Italy, Greece, Turkey, and the Balkans. Many of them die in shipwrecks in the Mediterranean Sea.