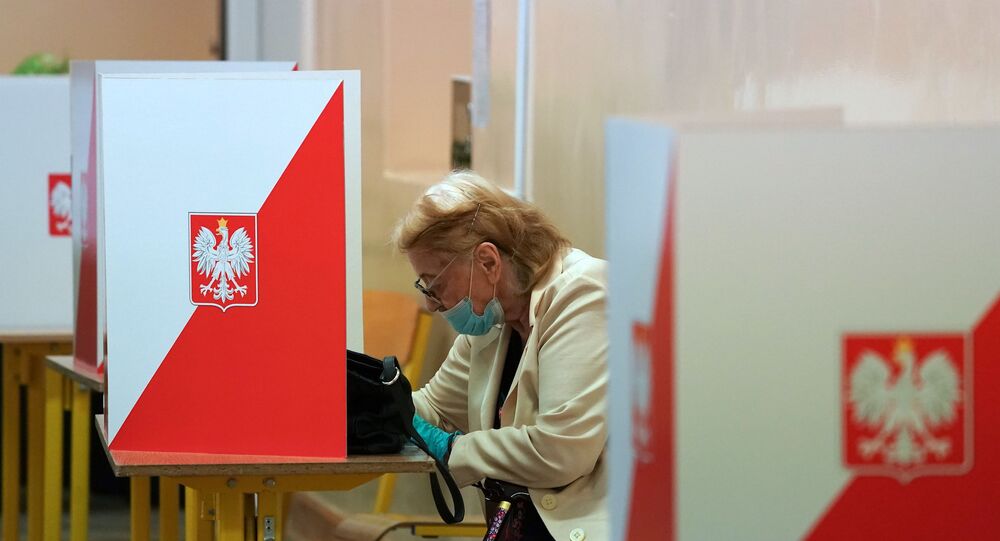 WARSAW (Sputnik) - Poland’s National Electoral Commission has recorded a rise in irregularities during Sunday's presidential runoff compared to the first round of the race, the watchdog’s chief, Sylwester Marciniak, said.

"We have not received information about significant problems during the opening of polling places and the beginning of voting. At the same time, we register an increase in incidents related to the election," Marciniak told reporters.

As of 10:00 a.m. (8:00 GMT), 253 such incidents have been recorded, which is an increase from 167 incidents reported at the same time two weeks ago, when the first round was underway, according to the official.

The election chief explained that irregularities in question are illegal placement of campaign posters, violation of campaign silence and damage to previously placed posters.

On Sunday, incumbent Andrzej Duda and Rafal Trzaskowski face off in a runoff. In the first round of the election in late June, Duda won 43.5 percent of the vote, while his challenger from the opposition Civic Platform party secured 30.5 percent.