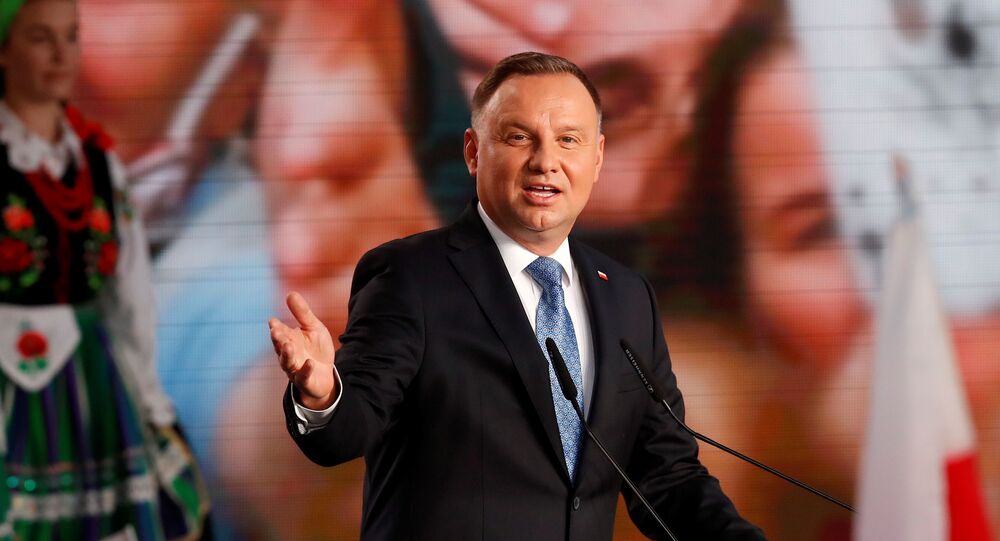 According to the exit poll, Duda came first with 41.8 percent of the votes cast, falling short of the 50 percent needed to ensure victory without the need for a second round, while Trzaskowski came in second at 30.4 percent.

Polish President Andjei Duda and his rival from the largest opposition party - the centrist Civic Platform (PO), the current mayor of Warsaw, Rafal Trzaskowski, have both won the first round of the presidential election, Ipsos showed on Sunday.

The first round of Poland's presidential election had 11 candidates compete against each other. Polling places closed minutes ago at 9 pm local time (19:00 GMT).

Duda and Trzaskowski are set to face each other in the second round on 12 July.

An opinion poll published by the Warsaw-based Institute for Social and Market Research (IBRiS) showed that in the second round, Duda is expected to get 48.7 percent of the vote, and his rival – 47.5 percent. At the same time, 3.8 percent of respondents said they did not know for whom they would vote.