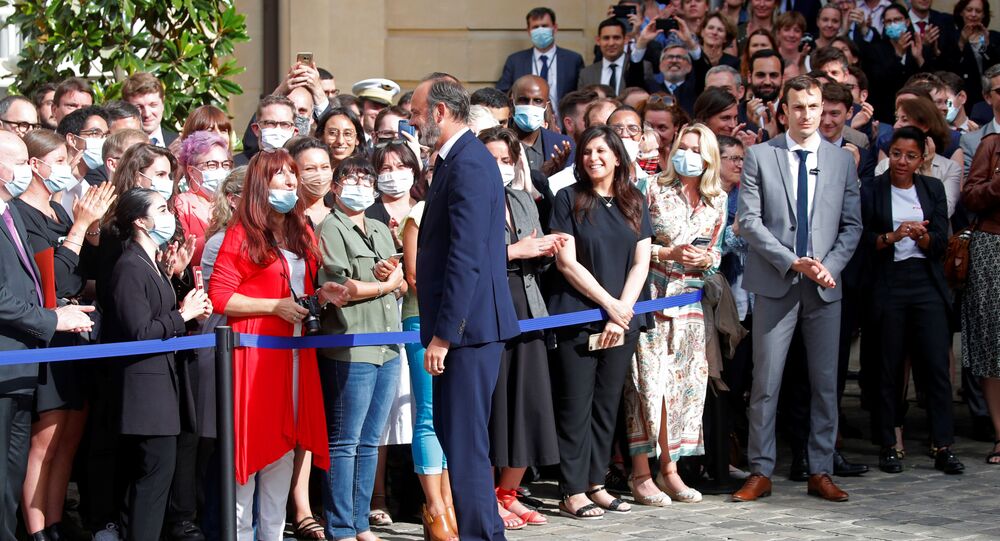 Earlier in the day, French President Emmanuel Macron appointed Jean Castex, deputy chief of staff to the French president, as the new prime minister, hours after Edouard Philippe announced that he was stepping down.

The French prosecution stated on Friday that it intends to launch an inquiry into former Prime Minister Edouard Philippe and two other ministers over handling of the coronavirus crisis in the country.

The inquiry was announced after nine complaints filed against the ministers were deemed admissible.

Besides Philippe, the two other ministers to be investigated are former Health Minister Agnes Buzyn and her successor Olivier Veran.

In mid-June, Attorney General at the Court of Cassation Francois Molins stated that the country's Court of Justice had received 84 complaints against the government regarding its management of the coronavirus crisis.

© AP Photo / Gonzalo Fuentes
Macron Appoints Jean Castex as New French Prime Minister After Edouard Philippe Resigns
At the time, Molins said that the main purpose of the proceedings would be to determine whether the decisions made by members of the government were adequate during the COVID-19 crisis and whether they led to the commitment of unintentional crimes.

Most of the complaints are related to the lack of protective equipment and overall lack of safety provisions for staff in the workplace during the coronavirus pandemic.

In particular, in March, over 600 French medical workers created a C19 group and filled a collective complaint against the prime minister and the former health minister, claiming that the officials had failed to take necessary measures in the run-up to the outbreak.