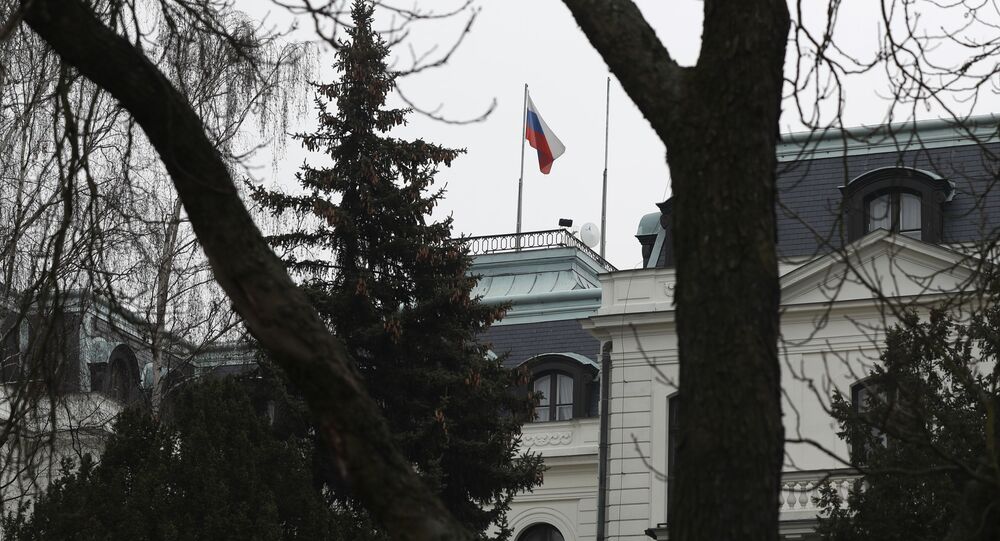 The Czech government has decided to expel two employees of the Russian embassy from the country, in connection with the story of a Russian diplomat allegedly transporting the poison ricin to the Czech Republic, Prime Minister Andrei Babish said at a news conference on Friday.

The Russian Embassy in Prague called the expulsion of its staff members a "fabricated provocation" that showed the Czech Republic's unwillingness to normalize the relations that are already strained.

"This is a fabricated provocation. This unfriendly step, which was initially based on unsubstantiated claims in the media, shows that Prague has no wish to normalize the Russian-Czech relations that have deteriorated lately not by our fault. We are deeply disappointed by such approach of our Czech partners, which further shrinks the space for the constructive dialogue," the embassy said.

Earlier on Friday, Prague announced the expulsion of two Russian diplomats over the information about alleged bringing of ricin poison to the Czech Republic.

"We are a sovereign nation and see such moves as unacceptable, In this situation we have made a decision to declare two employees of the Russian embassy personae non grata," Prime Minister Andrei Babish said at a press conference.

"I think this will make our relations worse, and this is a wrong move by the Czech Republic," the senior lawmaker added.

Two Russian diplomats, which were expelled from the Czech Republic, will leave the country on Sunday, a diplomatic source said on Friday.

"Representative office employees will leave for Russia on 7 June," the source said.

In late April, speculations emerged in the Czech media that a Russian diplomat had allegedly brought ricin poison into the Czech Republic to assassinate officials linked to the monument's removal.

The Russian embassy in the Czech Republic has refuted the allegations. Meanwhile, the Kremlin denounced them as fake news, and Russian Foreign Minister Sergey Lavrov said that such accusations must necessarily come with evidence to be valid.

On 3 April, the monument to Soviet Union Marshall Ivan Konev in Prague was dismantled, under decision of the authorities of the Prague 6 district.