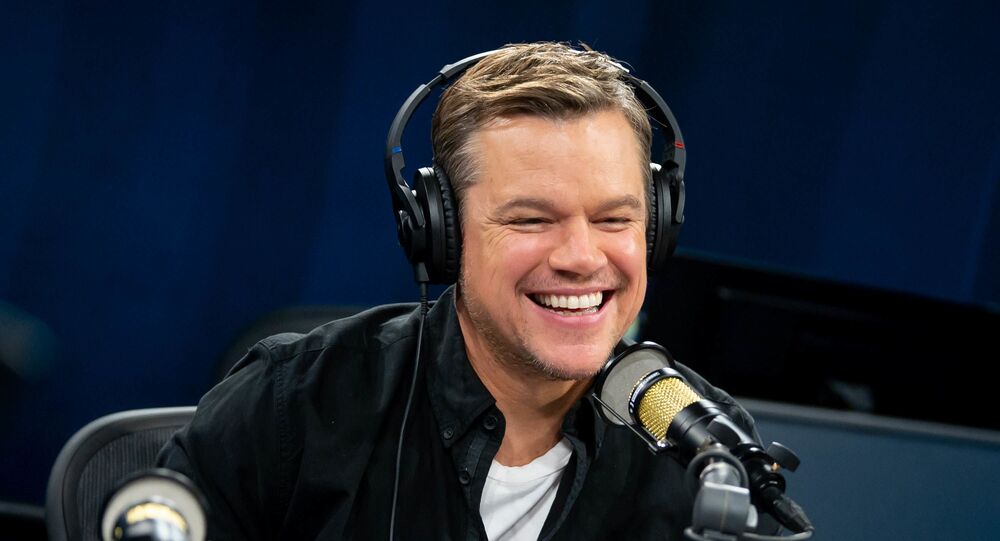 Forty-nine-year-old Damon flew into Dublin with his wife, Luciana Barrosa, and their children, Isabella, Gia and Stella, in early March to film Ridley Scott's new movie The Last Duel - but almost immediately the movie was shut down under COVID-19 restrictions.

Hollywood star Matt Damon who has been living in the Dublin suburb of Dalkey for the last two months, has said life in quarantine Ireland is “like a fairytale”, as reported by RTE.

The Good Will Hunting star and his family have been living in Formula 1 star Eddie Irvine’s house since March after filming in Ireland for The Last Duel, directed by Ridley Scott, was shut down.

However, radio station SPIN 1038 secured the celebrity scoop of the year by landing an exclusive interview with Damon on Wednesday morning on the station's Fully Charged breakfast show - which wasn't an easy task.

Appearing on the show, Boston native Damon told hosts Graham O’Toole and Nathan O’Reilly, "I heard you guys on the radio and I shouldn't have put you through all of this. I heard you in the car with my kids, I had just dropped them off, and you guys gave the number to call".

"I walked into the house trying to remember the number and my wife started talking to me and I totally forgot the number and it never came up again and my wife said to me, 'Have you called that radio show?' and I said 'No' and she said, 'You're such an idiot. Just look up the number!'"

In their heroic quest to get Damon on their morning show, SPIN presenters Graham and Nathan even went as far as joining a Dalkey Facebook group to see if they could help.

"I heard this story and I laughed so hard," Damon said. "This place is great and everyone is so protective and I had no idea that all this was going on behind the scenes. Then I heard you joined the group but they found out who you were and booted you off."

Damon described his lockdown experience in Dalkey, ‘like a fairytale’.

“When I first came in, people were saying, well Bono lives other there, Enya lives over there. It’s been incredible. This is one of the most beautiful places we’ve ever been. Obviously what’s going on in the world is horrible, but I’ve got my whole family; I’m with my kids and we have teachers with us because we were planning on missing school for about eight weeks.”

“We’ve got what nobody else has, which is live human beings teaching our kids, so we feel guilty. We’ve got this set-up in this incredible place. It’s absolutely gorgeous. Even in the 2km lockdown, we’ve got trees, and woods and ocean. I can’t think of any place you’d rather be in a 2km radius of.”

Damon also revealed that his step daughter, Alexia, fell ill with COVID-19 'fairly early on' but she has recovered now. She is currently in New York and he said he hopes that she will be able to join them when they go back to LA.

Damon called Irish Taoiseach Leo Varadkar “a bada**” for returning to medical work during the pandemic. He said he was a “little worried” about returning to the US. “We don’t have adequate testing, so there’s going to be another surge it looks like back home.”