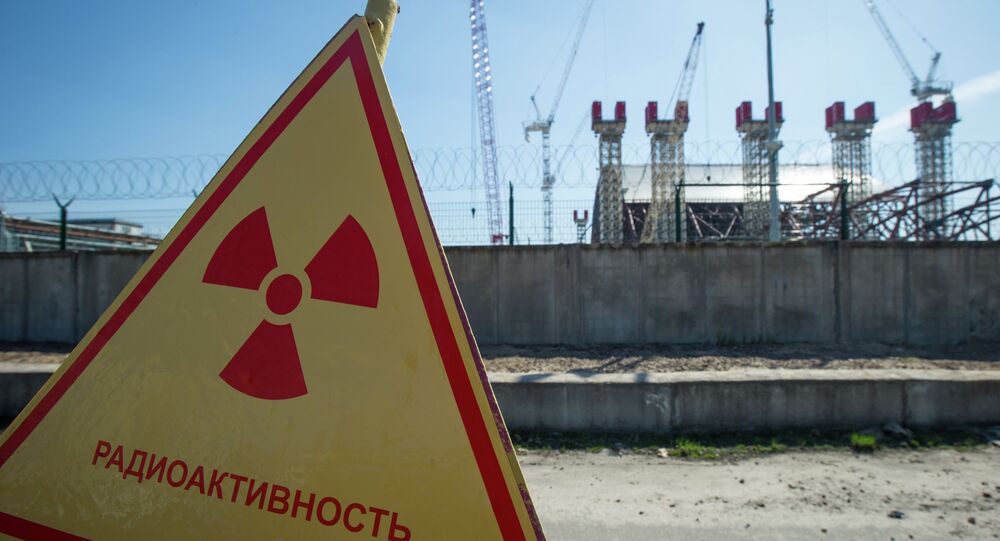 Ukrainian firefighters reported that radiation levels at the Chernobyl Exclusion Zone spiked to over 16 times their normal level this week as wildfires continue to ravage the desolate, forested area. The fires are said to have unleashed radioactive elements previously trapped in soil and plants into the atmosphere, carrying them into the wind.

The Ukrainian Association of Veterans of Atomic Energy and Industry, a collective of retired officials including several former heads of nuclear power plants, have declared that the country’s nuclear energy sector is in a critical state and that there is a danger of “another Chernobyl.”

“A dire situation is taking shape in the country’s nuclear energy sector,” association members warn in a letter addressed to President Volodymyr Zelensky, the prime minister and speaker of parliament, and published by local media.

The letter alleges that Energoatom, operator of Ukraine’s nuclear power plants, has not had permanent managers working based on the relevant safety permits from nuclear regulators over a space of several months now. This, they say, means that “legally, no one is responsible for the safety of nuclear power plants.”

“Is it really the case that Chernobyl was not enough for us, and we are trying to repeat it again?” the appeal urges.

The letter also warns that Energoatom faces a critical shortage of financial resources necessary to ensuring the safe operation of plants and the procurement of fuel, and asks authorities if they understand what a forced shutdown of the country’s nuclear power plants could lead to (Ukraine depends on its nuclear power plants for about half of all the electricity generated in the country).

Complaining about what they say are ongoing efforts to have individuals with no knowledge of nuclear energy placed in senior positions at Energoatom, the retired nuclear industry workers ask whether authorities “realize that all of this is a gross violation of the international nuclear safety regime.”

Ultimately, the association says they are “not asking” nor urging, “but insisting" that authorities "stop the practice of [running Energoatom by] acting heads, stop the financial discrimination of Energoatom, and prevent the country from sliding toward another Chernobyl!”

The Ukrainian nuclear power industry operates four power plants and 15 reactors, and has the seventh-largest nuclear power-generating capacity in the world. Starting in the mid-2010s, Ukraine began turning away from Russia’s Rosatom to US nuclear power company Westinghouse for its nuclear fuel rods. However, observers have expressed concerns over the safety of the US equipment, including amid reports that its nuclear fuel rods literally didn’t initially fit into Ukraine’s Soviet-era reactors.

In popular consciousness, Ukraine’s nuclear power sector is probably most commonly associated with the Chernobyl nuclear catastrophe, which took place on the night of April 26, 1986. The disaster was the result of an experiment simulating a power outage carried out by deputy chief-engineer Anatoly Dyatlov. The test saw the blatant violation of numerous safety regulations, with Dyatlov ordering the shutdown of multiple computerized and manual safety systems to proceed with the test. Ultimately, the ‘experiment’ led to an uncontrolled reaction and steam explosion, followed by a graphite fire. 54 people died in the disaster’s immediate aftermath and cleanup operation, with 4,000 more perishing from cancers and other illnesses in the two decades that followed, according to World Health Organization figures. The disaster also contaminated some 50,000 square kilometers of land across northern Ukraine, and up to 20 percent of the total land area of neighbouring Belarus.

Over three decades on, the fallout from Chernobyl continues to cause problems for Ukraine and its neighbours. This week, Ukraine's emergency services reported that out of control fires in the forests of the Chernobyl Exclusion Zone had spread to cover at least 35 hectares of territory, leading to a massive spike in local radiation levels.

© AP Photo
In this photo made on Saturday, April 4, 2020, an aerial view of a forest fire burning near the village of Volodymyrivka in the exclusion zone around the Chernobyl nuclear power plant, Ukraine
...
Reddit
Google+
Blogger
Pinterest
StumbleUpon
Telegram
WhatsApp
195