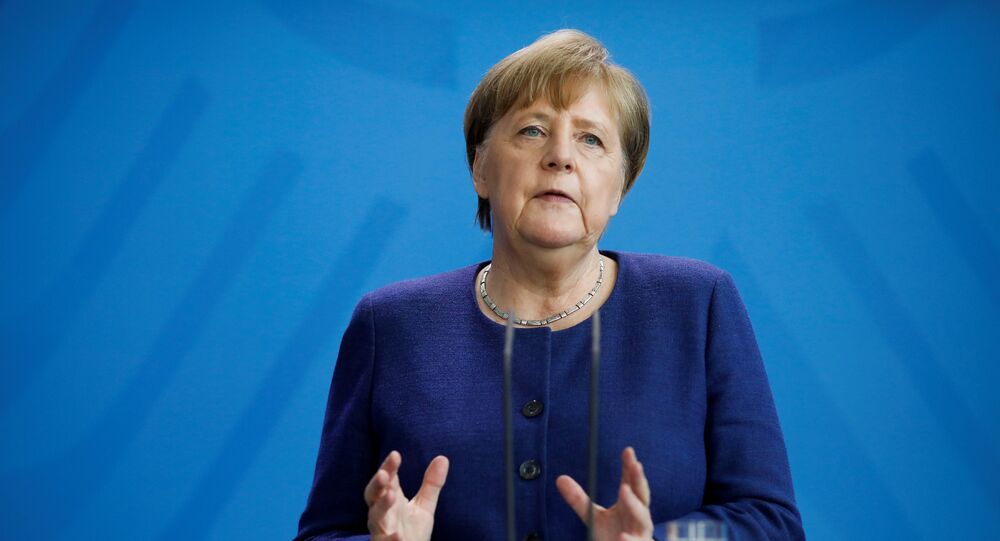 Berlin has long tried to distance itself from sharing the debt burden of some of the bloc's troubled southern states, such as Italy, Spain, and Greece, an approach that has apparently stayed the same despite the coronavirus crisis.

EU finance ministers will be holding a new round of talks on how to handle the economic difficulties caused by the coronavirus pandemic later in the day. However, there is little hope that a measure dubbed "coronabonds", designed to save debt-ridden or otherwise economically troubled countries, like Spain or Italy, will get the necessary support as the initiative was coldly met by one of Europe's biggest contributors - Germany.

Chancellor Angela Merkel made no mention of the "coronabonds" EU initiative in her 6 April speech, but instead once again suggested using the existing European Stability Mechanism bailout fund and praised the European Central Bank's (ECB) initiative to provide a 750 billion euro stimulus to fight the economic shocks of the pandemic. At the same time, Merkel admitted that the EU is facing one of its greatest challenges right now and called to extend help to the union.

"Germany can only do well if Europe is also doing well. The answer can only be: more Europe", the German chancellor said.

In turn countries like France and Italy, as well as the ECB itself, supported the idea of "coronabonds", which will essentially allow the EU to share the burden of the debt generated during this crisis. A Goldman Sachs economist, Sven Jari Stehn, indicated that the existing recovery and support mechanisms in the EU will be  "insufficient" in the fight with the crisis, but suggested that they will be the only ones approved during the 7 April dial-in of EU finance ministers.

While Germany is reluctant to agree to issue new debt in the form of "coronabonds", which will be partially paid by the country's taxpayers, Berlin has scaled back on its own paradigm of avoiding a state budget deficit.

The German government recently approved a 1.1 trillion euro aid package that is likely to push the country beyond its self-imposed 0.35% budget deficit limit. Over one-third of it will be used as guarantees for bank loans for German businesses, especially small ones, suffering from the economic repercussions of the pandemic. The government also promised to provide help to self-employed in the coming days. The measure came as the country's businesses and trade unions pressured Berlin to refrain from following its debt deficit rules and release aid.