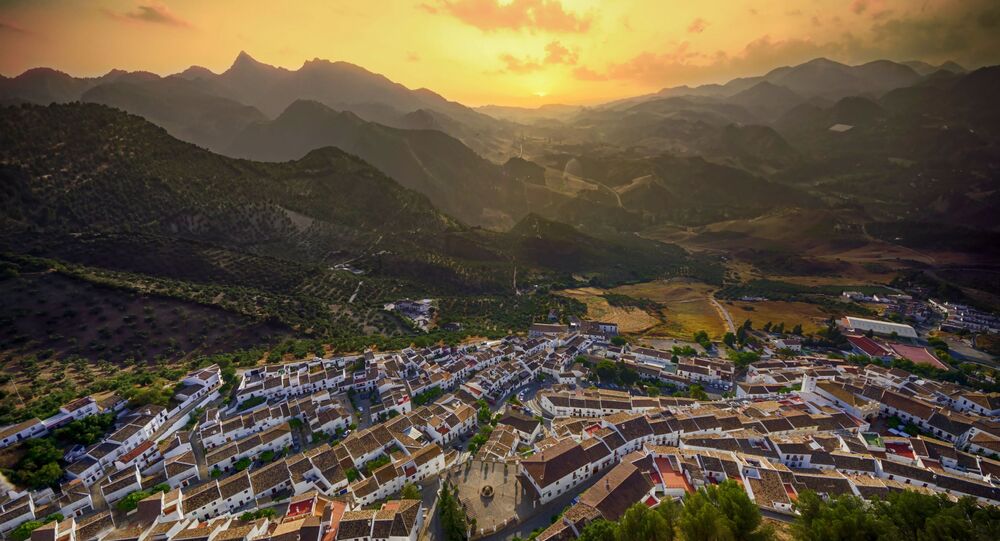 You Shall Not Pass: How a Small Spanish Town is Keeping Coronavirus Count at Zero

Spain has been under a nationwide lockdown for almost three weeks now, and has nonetheless registered the largest number of coronavirus cases in Europe, as well as the continent’s second-highest death toll. But there’s one town that stands out from the otherwise grim crowd.

A small community in Spain has managed to fend itself off the COVID-19 pandemic which is tearing its way through the rest of the country.

The settlement of around 1,400 is clinging to a hilltop halfway between Sevilla and the Gibraltar in Andalucia. A popular tourist destination, founded in the Medieval Age as a Moorish outpost, it has reported zero coronavirus cases so far. The answer: complete self-isolation.

On 14 March, when Spain’s government placed the country under a lockdown and required people to stay home except for essential needs, Zahara Mayor Santiago Galvan closed off four out of five entrances to the town and started turning away the tourists.

“It was a decision that we did not hesitate to take for security reasons, and with the help of the police and civil guards we can comply with it to the letter,” he told the online newspaper Publico.

Galvan has ordered to disinfect with bleach every vehicle that enters the town the only remaining checkpoint, which is guarded by a single police officer. The guards stay there until midnight and are back on the beat at six in the morning. In addition, every three days early in the morning, a group of 10 people disinfects the streets.

A local business has hired two women to deliver food, medical supplies, and other commodities like tobacco to fellow citizens so that they don’t need to go out. They receive their orders online. The women work from 9:30am to 2:00pm, and then from 5:30am to 8:00pm. The service is especially targeted at vulnerable citizens, including seniors (a quarter of Zahara’s population are older than 65).

The town is also providing money out of its contingency fund to cover the costs of electricity, water and taxes for local businesses and self-employed. Those include 19 bars and restaurants, which have lost clients because of the exhausted tourist flow.

Santiago Galvan is aware that the town won’t be able to continue helping businesses on its own, and will eventually be forced to resort to local or national government. “We will need a sort of financial lung if this goes on,” he told CNN.

Spain reported 124,736 coronavirus cases on Saturday, up from 117,710 the day before. The total death toll jumped by 809 to 11,744. Spain now has the world’s second-largest number of confirmed cases (after the United States) and the second-highest death toll, trailing behind Italy.

While the daily rate of new infections and deaths in Spain has been dropping for two consecutive days, Prime Minister Pedro Sanchez announced an extension to the state of alarm to 26 April. It was initially set to last until 29 March but was later extended for another 15 days until 11 April.