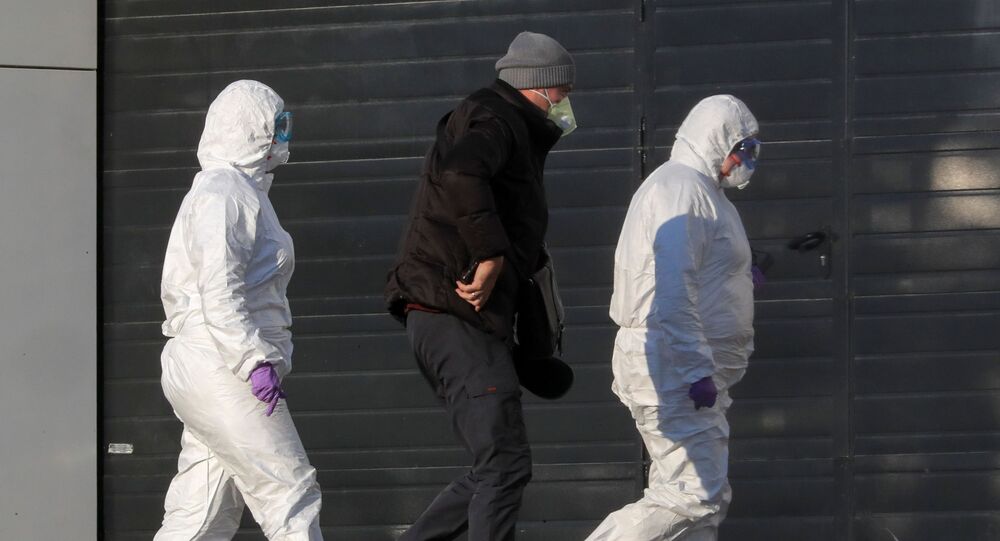 MOSCOW (Sputnik) – While countries across the world are helping the worst-hit nations, three German MEPs from the Greens/European Free Alliance (EFA) have urged the EU to address an alleged COVID-19 disinformation campaign that they claim (with no examples provided), has been spread by Moscow, Sputnik learned from an internal EU communication.

"We would like to ask for your attention and urgently propose concentrated action in the face of instrumentalisation of the current crisis by countries with adversarial geopolitical ambitions. We are seriously concerned about current disinformation and propaganda efforts coming especially from China and Russia. It is clear to most of us observing the situation that there is an effort to undermine the EU and sow mistrust among the local population and European neighbours towards the EU, its democratic values and institutions", the lawmakers wrote in an email circulated on Wednesday.

German MEPs Sergey Lagodinsky, Alexandra Geese, and Viola von Cramon-Taubadel warned about these efforts posing a threat to the European Union's unity and stability amid the ongoing COVID-19 crisis, but never actually cited a single concrete instance of such disinformation throughout the text.

They cited "recent findings" of the East StratCom Task Force as indicating their point and went on by saying "we should continue to build on their longstanding expertise to unveil propaganda myths and disinformation strategies. They further expressed fear of that "current attempts are seriously risking our unity and stability in the long term and will hinder us from overcoming the crisis, its consequences and to face our future challenges jointly".

The letter was open for co-signing until this past Friday. French MEP and President Emmanuel Macron's failed EU elections hopeful Nathalie Loiseau, among others, have endorsed the initiative with her signature. The further fate of the petition remains unknown.

On 18 March, extracts from the European External Action Service's document were disseminated in the media to say that Russia had launched a "significant disinformation campaign" against western countries in a bid to aggravate the situation around COVID-19 in Europe.

The authors urged for the findings of the East StratCom Task Force, which is administered by the EU External Action Service with a focus on proactive communication of EU policies, to be followed by immediate action.

The document claimed some 80 cases of disinformation but failed to cite a single concrete example. The Kremlin has denounced it as containing "unfounded allegations" and traces of "anti-Russian obsession".