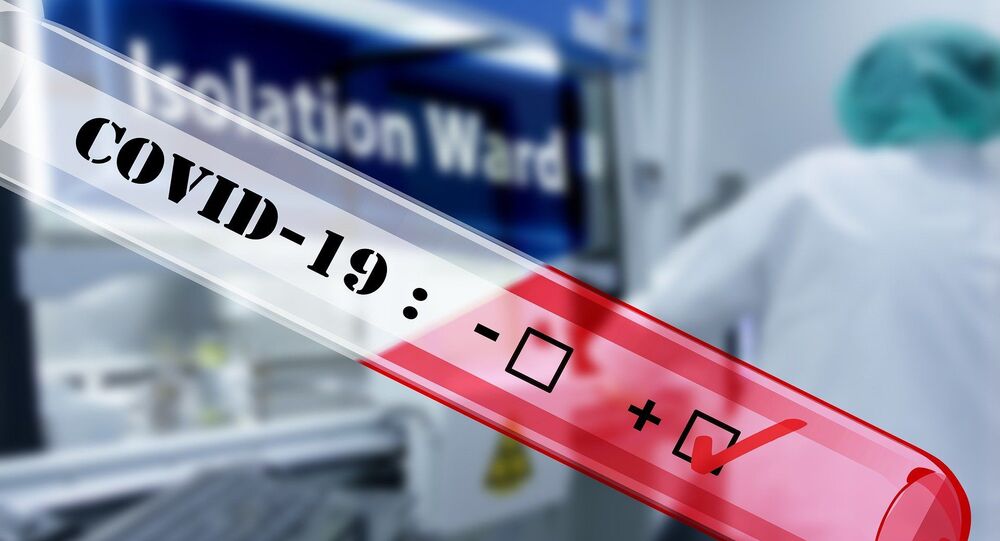 According to Doctor Gunhild Alvik Nyborg, up to 150,000 Norwegians may die as a result of the current course of action. The researcher saw merit in the Chinese model, which sought to stop the spread of the virus completely rather than “flatten the curve”.

Doctor of pharmacoepidemiology and epidemiology researcher at the Oslo University Hospital (OUS) Gunhild Alvik Nyborg has shocked the nation with her prediction that the corona pandemic may result in mass death.

During a televised debate hosted by national broadcaster NRK, Gunhild Alvik Nyborg sounded the alarm and warned of 150,000 possible corona deaths in Norway, a nation of 5.3 million. “This is a war”, she claimed, suggesting 14 days of complete isolation for most Norwegians to break the virus.

According to Nyborg, Norway has chosen the wrong strategy against the virus by opting for “flattening the curve” not to overload the healthcare system. Nyborg also lamented the restrictions imposed by the authorities as to who should be tested, calling it worrying, especially amid the rising rate of infection.

“If the health care system stops working because too many people here get sick, everything will collapse, and then we will see numbers that are worse than what we see in Italy, so this must get the utmost seriousness right away. Obviously, this is not the flu, it's more like the plague”, Nyborg said.

By contrast, Nyborg pointed to China, which aimed at stopping the spread completely through strict measures that many in the West lambasted as draconian.

Nyborg's prognosis, which many saw as panic-mongering and doomsaying, shocked the nation, spurring the OUS to clarify that she had voiced her own opinion.

“The very moment the doctor said 'Rescue packages for businesses are not in a hurry', I realised that I needn't take her doom prophecies seriously”, Abelia CEO Øystein Søreide tweeted.

​Pål Gulbrandsen, a specialist in social medicine and a professor of health services research at the Institute of Clinical Medicine at the University of Oslo and a senior researcher at Akershus University Hospital, also begged to differ.

“I am very glad that Gunhild Alvik Nyborg does not lead the Norwegian health authorities. And I'm just as happy to live in a country where she, too, has a say. But she is far from an expert”, Gulbrandsen tweeted.

“I'm impressed that she dares speak up about what might happen. Especially because she uses figures from WHO and health authorities. It is impressive that she dares to stick her neck out”, Professor of Hygiene and Infection Control Bjørg Marit Andersen told the newspaper Verdens Gang.

Jörn Klein, an associate professor of microbiology and infection control, said he shared Nyborg's take on the need for immediate and targeted action.

“Today's information indicates a probability that within a few weeks or even days similar situations that we know from Italy can occur in other EU countries and Norway”, Klein said.

Among ordinary Norwegians, Nyborg's predictions sparked an equally fiery discussion. While some dismissed her take as “unfounded fear propaganda” and “half-hour alarmist repetitive monologue”, others were more supportive.

“Frustrating when Nyborg cites studies, statistics, mathematical models and provable facts in her arguments, only to be met with good old 'who knows, let's wait and see'”. Listen to professionals and science, even if the conclusions are uncomfortable”, one of the replies read.

​“One thing is certain: today's debate must to be saved, because one of the parties later will inadvertently look bad when the corona story is fully written”, another one observed.

​Since first being detected in Norway on 26 February, the coronavirus has infected 1,426 people, with six deadly outcomes with an average age of 89.

The international toll of the coronavirus that originated in the Chinese province of Hubei in late 2019 and has since spread to over 170 countries is close to 220,000 cases and almost 9,000 deaths. At the same time, over 85,000 have successfully recovered.