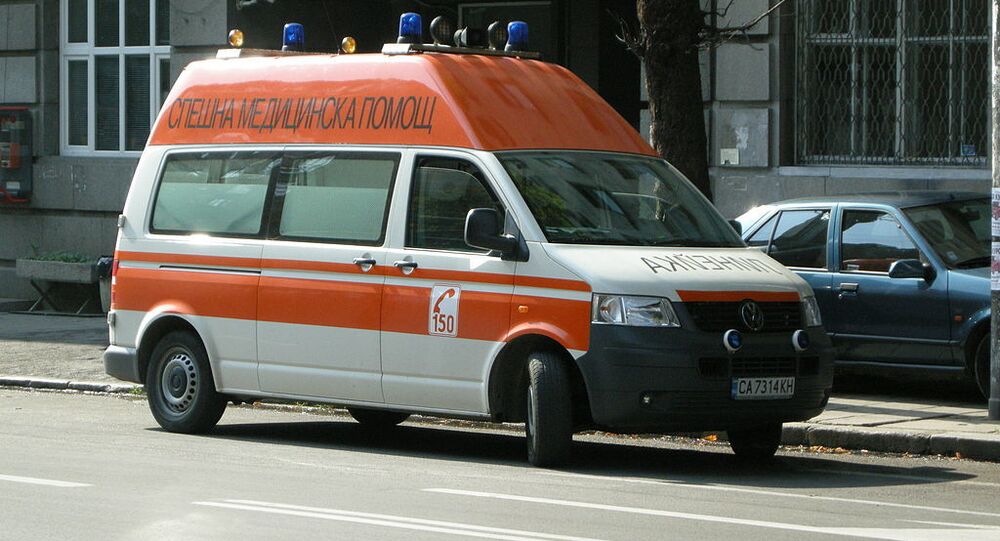 An explosion occurred in one of the workshops of the Arsenal arms factory in the city of Myglij, Bulgaria, according to the media outlet bTV.

Three people have suffered injuries in an explosion at an arms factory in Bulgaria, the BGNES news agency reported on Wednesday.

According to the agency, the incident took place at 9:00 a.m. local time (07:00 GMT) at section 130 of the Arsenal plant in the town of Maglizh, with the explosion said to have been caused by the detonation of the plant's production.

The blast seriously damaged the building by creating a crater and almost completely destroying the plant's warehouse.

There are currently reports of three victims being transported to the emergency centre in the nearby town of Kazanlak.

According to eyewitnesses, there was extensive damage to the property.

This is not the first incident to have struck the factory.

On 17 October 2018, an incident occurred at Workshop 120 in Arsenal's Plant 3. At that time, the accident sent six workers to hospital; one of them was seriously injured.

In April 2016, two workers were injured after a blast caused by a press machine at Arsenal Plant 3. In late May 2016, a 52-year-old worker was killed following an explosion at an Arsenal AD Plant 4, a site located in Mist.

Arsenal AD is a strategic site and its activities are related to Bulgaria's national security.