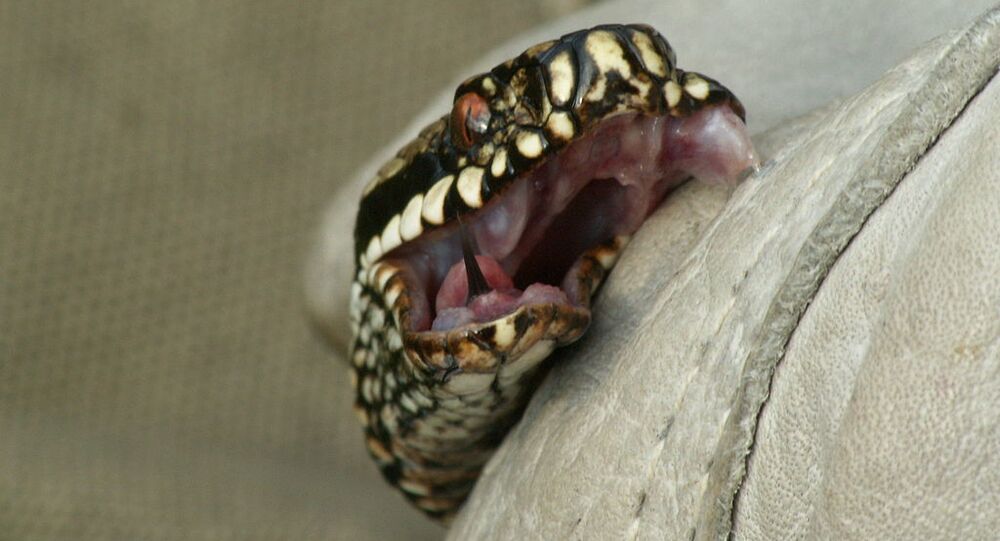 The unfortunate incident occurred ahead of St. Patrick’s Day, which makes the bite ominous – as according to legend, the patron saint of Ireland performed a miracle that banished all the venomous snakes from the island almost 1,500 years ago, using nothing but his faith.

According to The Irish Post, a 22-year-old man from Dublin was sent to Connolly Hospital due to a venomous snakebite – which is believed to be the first such case ever recorded in the country. The hospital had to ask the National Reptile Zoo for an antivenom, as only this facility has the right to house it in Ireland – but even they had to request it from the Liverpool School of Tropical Medicine in the United Kingdom, the RTE reported.

The man who was bitten in late February by a puff adder, a venomous snake native to semiarid regions (ie, not Ireland). https://t.co/zyw4Ed05l2

​The state of the patient remains unknown, however, but reports suggest that he is still in hospital.

The snake that bit the Irishman was obviously not native, thanks to Saint Patrick, but is believed to be a pet puff adder – a dangerous snake that inhabits the savannahs in numerous regions in Africa and the Middle East. However, it managed to inflict its venomous bite just a few weeks before the feast day of the Christian saint, which is traditionally celebrated by Catholics on 17 March.