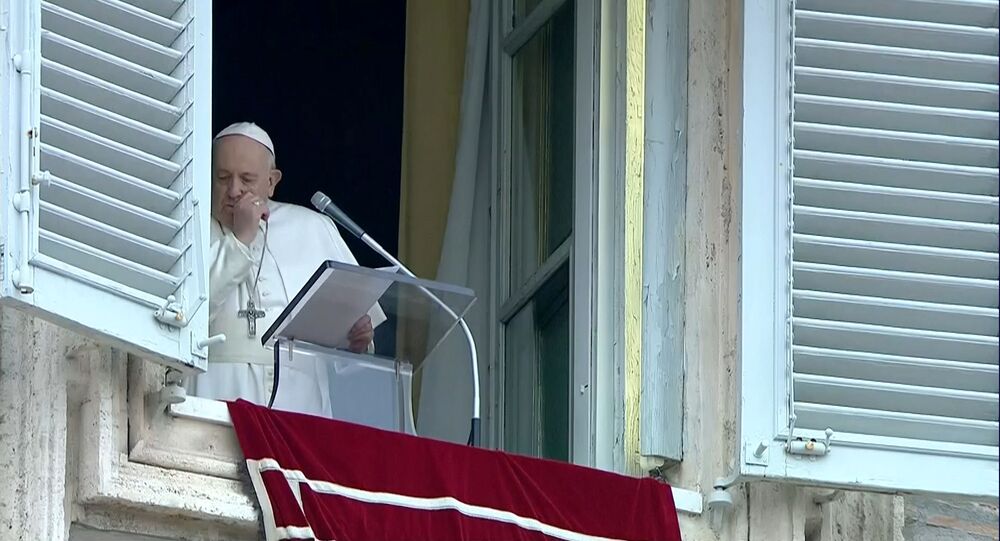 During the longest sick leave of his papacy, Francis skipped a series of public events from Thursday to Wednesday last week. He delivered his usual Angelus noon address on Sunday, where he also appeared to be coughing throughout the speech.

Pope Francis has tested negative for coronavirus after he cancelled a string of public engagements due to an illness, according to the Italian newspaper Il Messaggero.

The 83-year-old pontiff reportedly took a swab test as a precaution, but was found to be suffering from a “mild indisposition”. There has been no immediate comment from the Vatican on the report.

Francis was seen coughing and blowing his nose during the Ash Wednesday Mass last week, where he expressed support for coronavirus sufferers and healthcare workers dealing with the disease. The day before, he touched hands and kissed faces when greeting the Catholic faithful in St. Peter’s Square.

The pope, who had part of a lung removed as a young man due to a respiratory illness, then dropped out of public events outside of his residence for the rest of the week. He appeared only for his usual Sunday Angelus noon address from the window of his study overlooking the square – only to be seen coughing again.

He also announced during the prayer that he would skip a week-long Lenten spiritual retreat outside Rome for the first time in his pontificate. The Vatican did not comment on the nature of his illness, which arrived amid an outbreak of the novel COVID-19 coronavirus in Italy.

The pneumonia-like disease, which originated in China and includes symptoms of fever, cough, and shortness of breath, has infected over 2,000 people in Italy and killed 52 as of Monday. The first two cases were registered in Rome in late January when two Chinese tourists from Wuhan, the epicentre of the disease, tested positive.

Italy, the worst-hit country outside of Asia, suspended all flights to and from China and put around a dozen towns in the north, where most of the cases are clustered, under lockdown. Public events have also been cancelled across the country, most notably the Venice carnival, Milan Fashion Week, and the International Journalism Festival in Perugia.