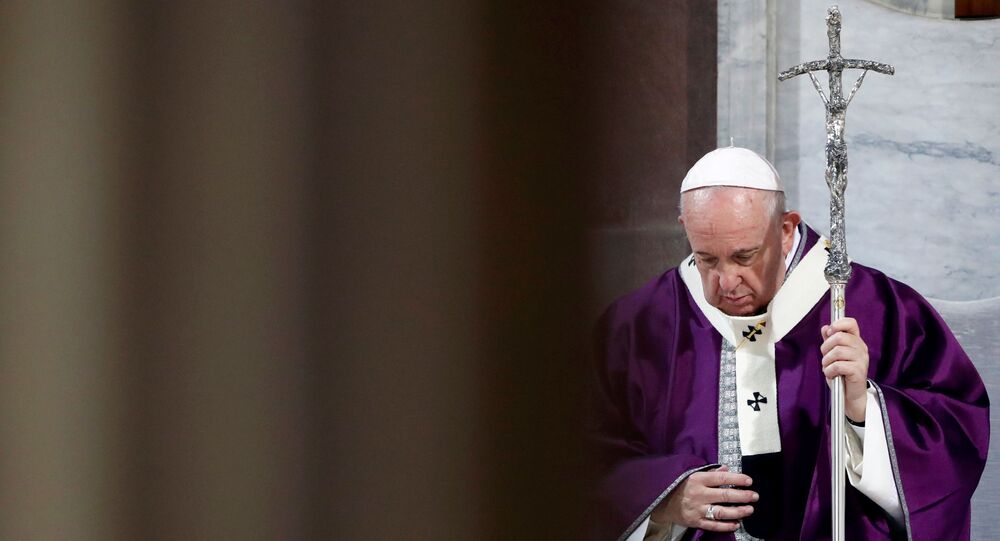 Italy is believed to be one of the European countries affected the hardest by the outbreak of a new coronavirus that originated in the Chinese city of Wuhan, in late December. According to reports, there are now around 400 people suffering from the infection in Italy.

Head of the Catholic Church Pope Francis had to cancel a planned appearance at Mass in Rome on Thursday due to a “slight indisposition”, the New York Post reported citing a statement from the Vatican. The mass was supposed to signal the start of Lent, but the pontiff preferred to stay “near Santa Marta” hotel where he lives. According to officials, the Pope will soon proceed with his other duties.

The development comes just a day after Pope Francis has cast his support for coronavirus sufferers during Ash Wednesday Mass, where he was already seen coughing and blowing his nose.

“I wish, again, to express my closeness to those who are ill with coronavirus and to health-care workers who are caring for them”, the pontiff said during the General Audience in St. Peter’s Square.

During the gathering, the Pope did not meet with any coronavirus suffers, according to reports.

Around 400 cases of infection and more than 10 deaths have been reported in Italy following a coronavirus outbreak, as the country is believed to be hit the hardest by COVID-19 in comparison to other European states. So far, more than 2,700 died from the virus worldwide, mostly in China, where it was first detected in late December 2019.