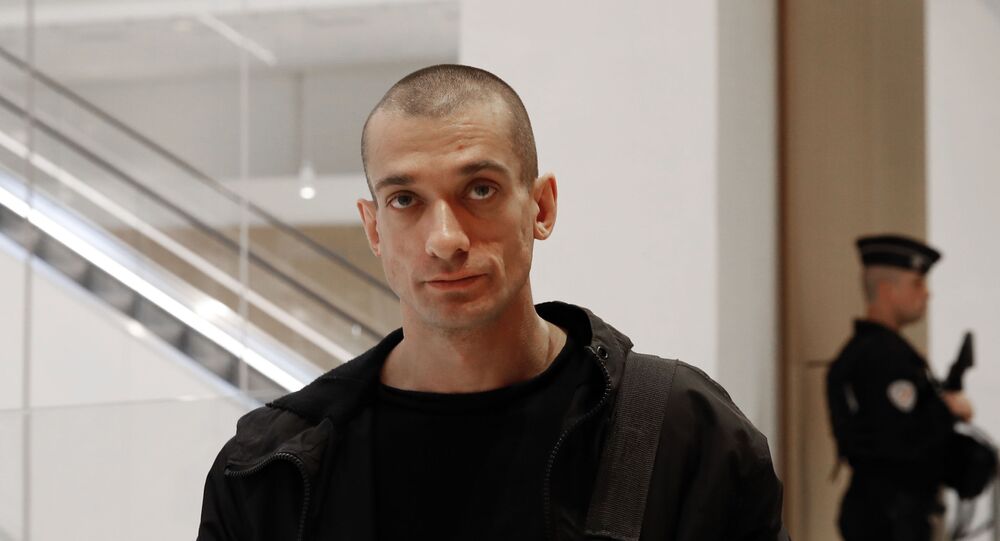 PARIS (Sputnik) - A French court has brought charges against Russian performance artist Petr Pavlensky as part of the probe into the sex tape scandal, the artist will be released from custody and placed under judicial control, his lawyer Yassine Bouzrou said on Tuesday.

"Charges have been brought against him over the so-called Griveaux case. At the same time, the court has decided to neglect the demand of the prosecutor, who asked preliminary detention for my defendant. This means, he will be released this evening and will be placed under judicial control", Yassine Bouzrou told reporters.

The Paris prosecution has recently started a probe into the release of a sex video and intimate messages that Griveaux has allegedly shared with a young woman. A recording of a smartphone screen featuring an alleged conversation between Griveaux and the woman was released last week on Pavlensky's website pornopolitique.com.

Pavlensky, who got political asylum in France in 2017, and his girlfriend, Alexandra de Taddeo, believed to have been the recipient of Griveuax's video, have been detained as part of the probe.

Under French law, the publication of sexual materials without the owner's consent is punishable by up to two years in prison and a large fine.

Pavlensky, known for a number of controversial political performance acts in his native Russia, got political asylum in France in 2017.