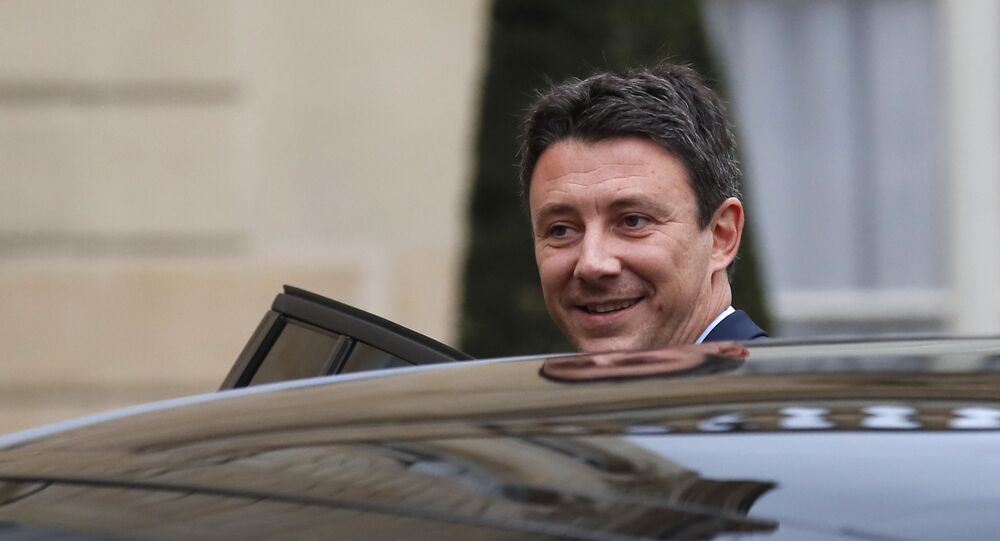 The scandal comes four weeks before the Paris election, leaving five candidates to compete for the capital, including the incumbent Socialist Anne Hidalgo and Griveaux’s ex-fellow party member Cedric Villani, who was forced to quit the party and run as independent after he was asked to step aside for Macron’s favourite.

Benjamin Griveaux, a close ally of Emmanuel Macron, has withdrawn from the Paris mayoral race after his alleged sexually explicit video emerged online.

The website Pornopolitique, which shares stories about public officials involved in all kinds of sexual content, has published what appears to be screenshots of Griveaux’s texts with women.

Pornopolitique was created by Petr Pavlensky, a Russian performance artist and activist who is serving a three-year prison term in France for setting fire to the façade of a Bank of France building in 2017. He received only one year of jail time and two years of suspended sentence and was released on condition that he checks in with probation officers.

It wasn’t clear from the post whether the messages were sent to one or to several women; Griveaux, who campaigned on a platform of family values, himself neither confirmed nor rejected the accusations, but referred to “stolen” conversations when announcing his withdrawal.

“I don’t want to expose myself and my family any further, when all kinds of tricks are now allowed, it’s going too far,” he said on Friday, as quoted by AFP, lamenting about what he called “defamatory comments, lies, anonymous attacks, the exposure of stolen private conversations and death threats.”

He added: “As if that wasn’t enough, yesterday a new stage was reached, a website relayed despicable attacks on my private life. My family does not deserve this. No one, at heart, should ever have to endure such violence.”

Griveaux said that he had spoken with President Macron, who assured him of his continuing support.

The 42-year-old had a brief stint as secretary of state to the economy minister in 2017 before taking over as spokesman for Macron’s government. He quit the role in March 2019 to run for the Paris City Hall in next month’s election as a candidate from Macron’s centrist party La Republique en Marche (LREM).

The incumbent Socialist mayor of Paris, Anne Hidalgo, has called for “respect for privacy and for people”.

The former LREM member Cedric Villani, who is running as an independent after the party asked him to make way for Griveaux, denounced the incident as “a serious threat to our democracy”.

La Republique en Marche is yet to announce a replacement for Griveaux, who was trailing in third place.