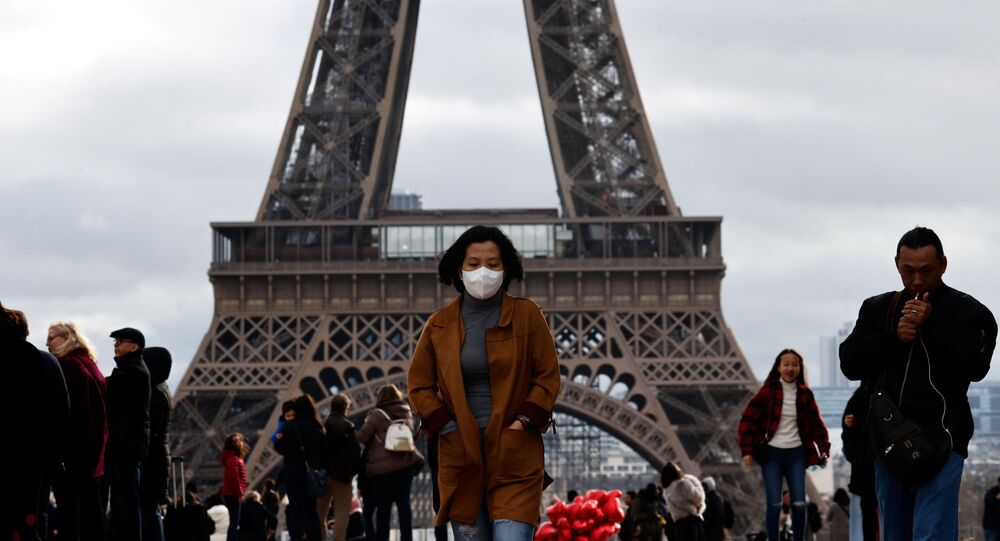 France was the first country in Europe to confirm cases of the Novel Coronavirus in late January, with President Emmanuel Macron saying that the nation was on "extreme alert" due to the new virus, which emerged in the central Chinese city of Wuhan.

An 80-year-old Chinese tourist affected by the coronavirus who was hospitalised in Paris has died, French Health Minister Agnes Buzyn said on Saturday during a press briefing.

"A Chinese tourist originating from the province of Hubei, arrived in France on 16 January. He had been hospitalized at Bichat hospital, with strict measures of solitary confinement until 25 January. His condition had deteriorated rapidly and he had been in critical condition for several days, being taken into intensive care," the minister said.

The patient's daughter, also suffering from the coronavirus, "was also taken care of at Bichat hospital. Her state of health is no longer a cause for concern and she should be able to be released soon," Buzin added.

The new strain of coronavirus – COVID-19 – was first detected in Wuhan, located in the province of Hubei, in December and has since spread to more than 25 countries. In mainland China, the virus has already resulted in 1,523 deaths, with 66,492 people having been infected. Over 1,700 doctors have been infected with COVID-19, six of them have died.

The authorities of Wuhan announced on Saturday stricter quarantine measures, aimed at fighting the outbreak of the deadly virus.

In late January, the World Health Organization declared a global health emergency in light of the outbreak.