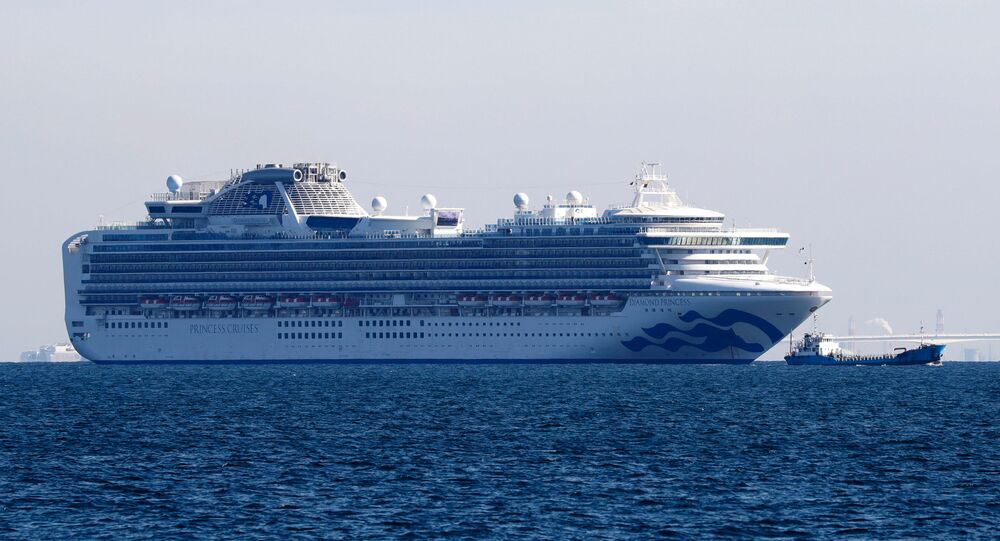 MOSCOW (Sputnik) – The US embassy said in a statement that an aircraft will be sent to Japan to bring back US passengers on the Diamond Princess.

Around 380 US citizens, who are currently on board of the Diamond Princess vessel, will be evacuated with two flights organized by the Department of State and arrive in the United States as early as on Sunday, The Wall Street Journal reported on Friday, citing Henry Walke, director of the Centers for Disease Control and Prevention’s (CDC) Division of Preparedness and Emerging Infections.

A special CDC team will assess the health of the US passengers of the ship, and those with a fever, cough and other similar symptoms will not be allowed to return home on board of the two flights.

The evacuated US citizens are likely to be deployed to the Travis Air Force Base near Sacramento, California, where they will face more medical tests. Some of them may be reportedly quarantined for a period of up to 14 days. The base already hosts around 230 quarantined people, who were evacuated from the Chinese city of Wuhan, the epicenter of the epidemic.

The Diamond Princess cruise liner has been under quarantine near Yokohama since February 3, after a passenger who left the vessel in Hong Kong tested positive for the new coronavirus, named COVID-19 by the World Health Organization.

A total of 3,711 passengers and crew are aboard the vessel, and so far, 218 people have tested positive for the virus.

The new strain of coronavirus was first detected in Wuhan in the province of Hubei in late December and has since spread to more than 25 other countries. In mainland China, the virus has already resulted in 1,523 fatalities, with 66,492 people having been infected.