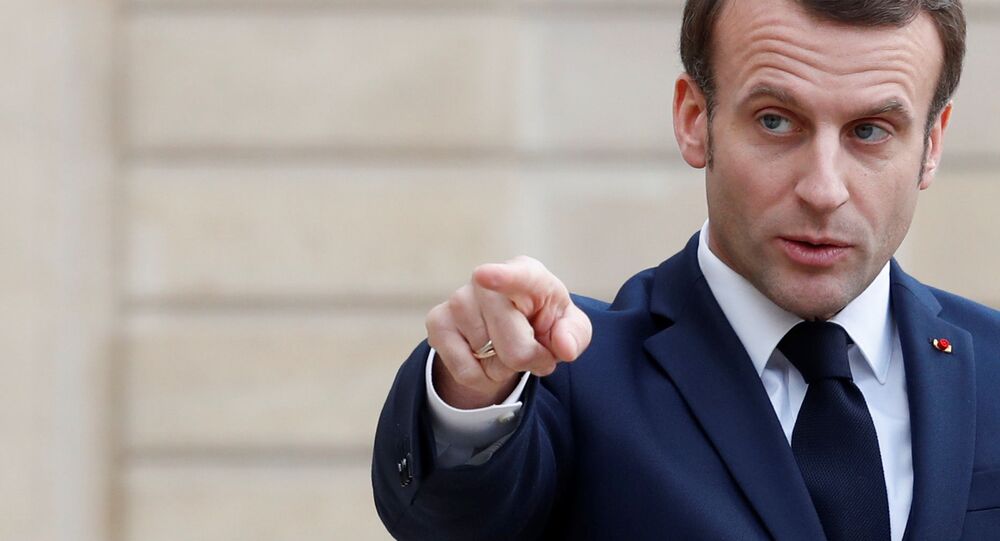 Fears of an international nuclear arms race have been allayed with the end of the Cold War, but re-emerged as the United States under Donald Trump pulled out of several arms control treaties with Russia, including one that prohibited nuclear-capable missiles.

President Emmanuel Macron stated that European countries should act proactively in the face of a nuclear arms race as he laid out France’s nuclear weapons strategy.

Speaking to military officers in Paris on Friday, Macron called on EU member states to propose an a “international arms control agenda”.

He also suggested that Europeans should “not confine themselves to a role of spectators” at a time when the existing non-proliferation treaties are being called into question.

“Europeans must collectively realise that, in the absence of a legal framework, they could quickly face a new conventional or even nuclear arms race on their soil.”

Macron has dedicated much of his attention as president to modernising France's and Europe's military strategy. He has proposed a “true European army” to cut reliance on the United States, launched a military space force command and suggested a military intervention force outside of NATO, known as European Intervention Initiative, already joined by 14 European states.

The Macron government also plans to spend €37 billion ($41bn) to upgrade and maintain its nuclear arsenal over the next seven years — more than 12 percent of the total defence spending for that period.

The French President, who said France had already cut its nuclear arsenal to under 300 warheads, expressed confidence that the focus of Europe's long-term security should remain on a strong alliance with the US.

However, he added, the EU should also take "autonomous action" and sign off to any new deal that would limit the proliferation of new intermediate-range nuclear weapons.

Last year, the US unilaterally withdrew from the 1987 INF treaty, which banned ballistic and cruise missiles capable of carrying nuclear warheads with the range of 500 to 5,500 kilometres. Russia suspended the deal in response. Prior to the move, both states had accused each other of violating the agreement, although the underlying argument in Trump’s criticism of the treaty was that it constrained America’s power and did not include China.

Macron warned that the collapse of the treaty left “France, Germany and the other European countries...threatened by new Russian missiles”.

Despite those concerns, Germany and France then both rejected Russia’s proposed moratorium on the deployment of medium- and shorter-range missiles in Europe.

The United States has also threatened to quit New START, its last remaining arms control treaty with Russia which expires in February 2021. However, the Trump administration has recently signalled that it was ready to start negotiations on nuclear arms control with Russia.