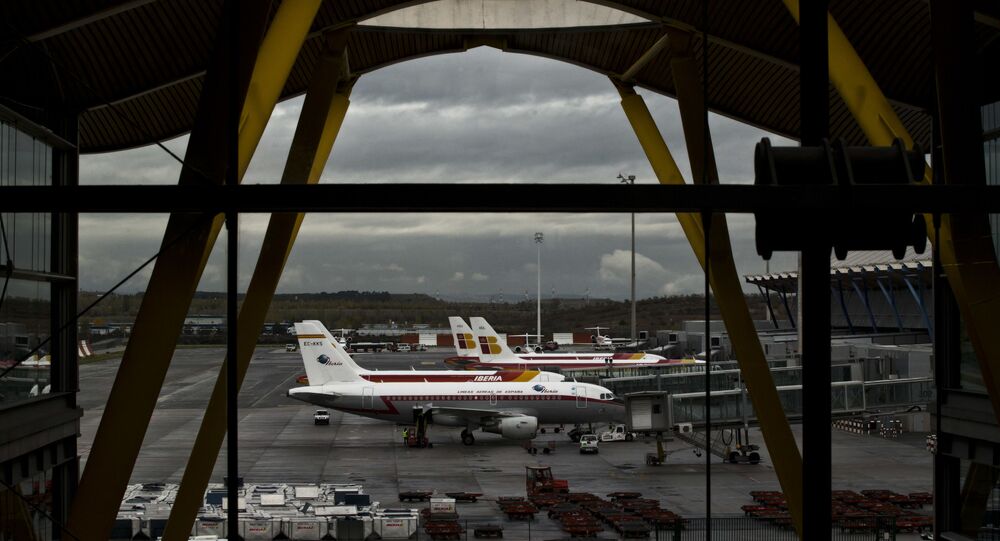 The Spanish police and the Civil Guard are investigating an incident at the Adolfo Suarez-Madrid Barajas Airport where several drones have reportedly been detected by local pilots.

Adolfo Suarez-Madrid Barajas Airport has closed its airspace after detecting the "presence of drones in the immediate vicinity of the airport", official sources from Enaire, the Spanish Transport Ministry said in a statement. The 'Rate 0' protocol has been activated for security, which prevents the landing and takeoff of any aircraft at the airport, Enaire, the air navigation manager said.

The airport will remain closed until at least 14:40 local time (13:40 GMT), while the Spanish police are conducting an investigation, a source in the Transport Ministry told Reuters.

An online tool that shows the position of different aircraft in flight, FlightRadar, confirms that there are no flights in the air at the moment near the airport. All aircraft are on the ground.

Last July, the Spanish Civil Guard located a drone device in a space prohibited for the flight of these aircraft, according to Vozpopuli. The owner of that drone received a fine for his actions.

In August of last year, a GL6000 jet was cruising at 200 mph, 1,200 feet (365 metres) above Luton Airport on its way from Nice when it almost collided with an unmanned aerial vehicle. The drone, whose owner was not identified, was allegedly flying four times higher than usually allowed, and just 22 km west of the airport.