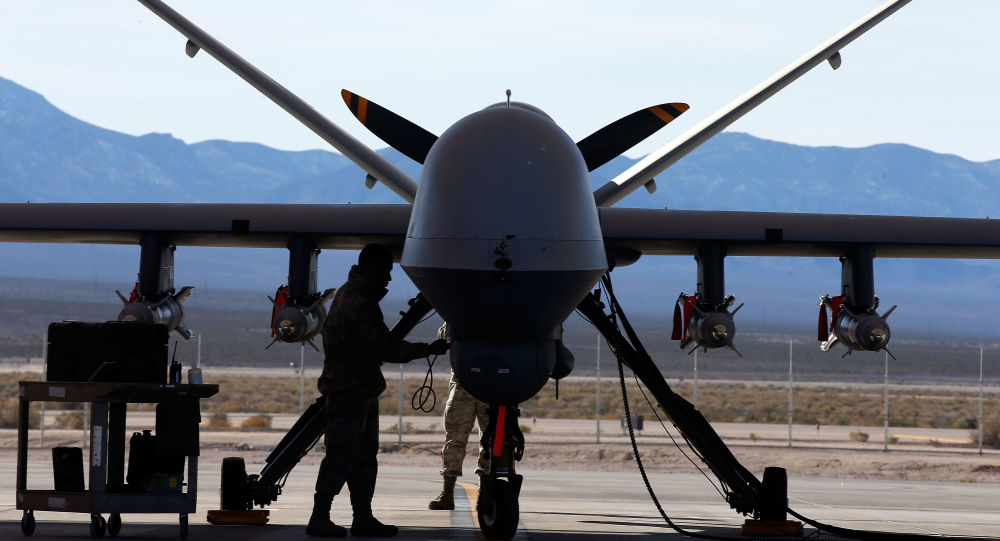 In September 2019, the UK Ministry of Defence signed a $128 million contract with the US defence company General Atomics to test the Protector unmanned aerial vehicles, which are due to enter service with the Royal Air Force by 2024.

In a letter to MPs seen by The Times, Sir Stephen Lovegrove, the MoD permanent secretary, told the Commons public accounts committee that the cost of the Protector UAVs had overrun by 40 percent to stand at more than £1.1 billion ($1.4 billion).

“The most significant risk is the RAF’s ability to generate and sustain the volume of trained personnel necessary to assure initial operating capability in November 2023”, Lovegrove said, adding that training and retaining drone crews “has historically proved challenging”.

Despite the fact that all this represents “a breach of programme tolerances”, continuing with the purchase of 16 Protector drones remains the best option, according to Lovegrove.

“Protector [UAV] is at the leading edge of innovative technology and will provide the UK with an armed intelligence, surveillance, target acquisition and reconnaissance capability that is currently unparalleled”, he underlined.

Public Fears Over Drone Use

His remarks come amid increasing public concerns over the effects of drone warfare on the mental health of UAV operators who often suffer from psychological distress and fatigue, according to a recent study conducted by Ulster University.

UK's first Protector drone scheduled to arrive in the UK on the 11th July. It will fly non-stop from the United States to RAF Fairford in Gloucestershire.

In this vein, The Times quoted Justin Bronk, research fellow for airpower at the London-based Royal United Services Institute, as saying that switching daily between potentially lethal operations and family life could be “extremely draining and psychologically taxing”.

“Not many people want to sign up to sit in a cabin for eight hours at a time conducting mostly routine surveillance and sometimes killing people who can’t fire back. It doesn’t compare with the glamour and excitement of live flying”, he asserted.

Bronk was echoed by Chris Cole, the director of a UK-based NGO Drone Wars, who linked “retention problems” party to “the heavy workload and long hours owing to the now relentless use of drones”.

“The legal and ethical controversies surrounding their use are also clearly having an impact”, Bronk claimed as cited by The Times, also calling for a public debate on the limits of armed drone usage.

The comments come after the UK Ministry of Defence signed a contract with the US defence company General Atomics on September 2019 to test the 16 Protector drones which are expected to enter service at the RAF before the end of 2023.

Under the contract worth $128 million, General Atomics will test the UAVs and report back on its performance which is thought to be more advanced than that of the Reaper drones the RAF currently operates.

UK Defence Minister Anne-Marie Trevelyan touted the contract as “a welcome step towards our world-beating Protector aircraft reaching the frontline, giving us the upper-hand against our adversaries”.