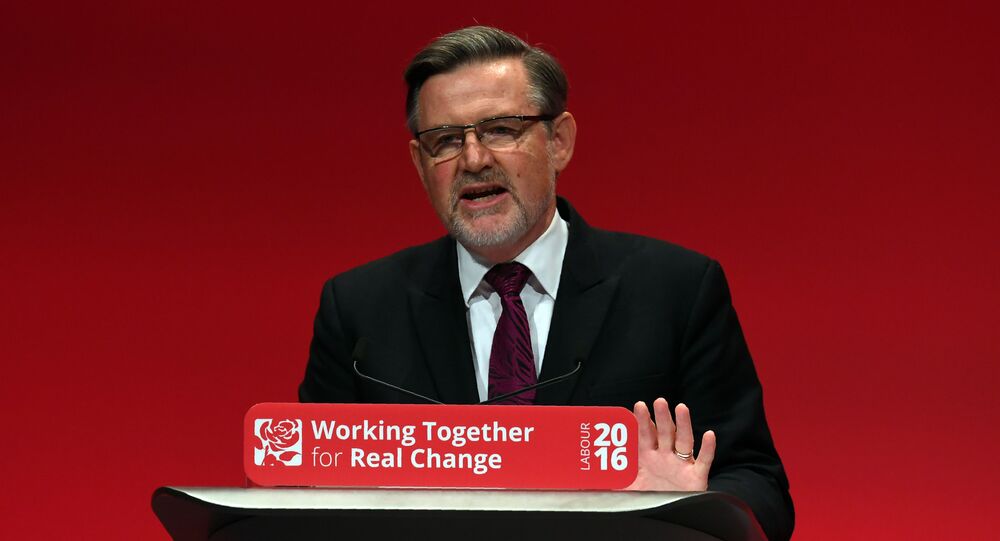 MOSCOW (Sputnik) - Barry Gardiner, the UK shadow trade secretary, is considering mounting a late bid to enter the Labour leadership race as the party looks to find a new leader to replace Jeremy Corbyn by April 4, according to an interview published by the Daily Mirror newspaper on Thursday.

"I'm considering it because I believe I would have the best chance of winning at a general election and making sure we get a Labour government to deliver the sort of fairer Britain that I want to see," Gardiner said, as quoted by the newspaper.

Any decision made by Gardiner to enter the race would have to come before nominations close on Monday.

"At the moment I am still considering it and I'm going to try and make a decision as soon as I possibly can," Gardiner is quoted as saying by the newspaper.

HuffPost UK said on Wednesday evening that Gardiner, who has served as the member of parliament for the London constituency of Brent North since 1997, is set to begin his campaign to become Labour leader. The member of parliament confirmed that he was considering joining the leadership race in an interview with the Daily Mirror.

Nominations for the Labour leadership race have been ongoing since Corbyn announced that he would not stand in another general election after a comprehensive defeat at the polls on December 12, which returned Labour’s worst election result since 1935. The party lost 60 seats in the House of Commons, the bulk of them to the Conservative Party, which now has an 80-seat majority in parliament.

© AFP 2020 / OLI SCARFF
'Nobody Can Make the Labour Party a Strategic Political Asset' - Leader of Our Nation Party
According to Labour party guidelines, any candidates in a leadership election must be nominated by 22 fellow members of parliament, or members of the European Parliament, to gain a place on the ballot.

Keir Starmer, the shadow Brexit secretary who campaigned strongly for a second Brexit referendum, is the only one of the six stated candidates to have so far reached this threshold, HuffPost UK reported. Other potential candidates include Rebecca Long-Bailey, a staunch Corbyn ally, and Jess Phillips.

The ballot will run from February 2 to April 2, with the results being announced on April 4.