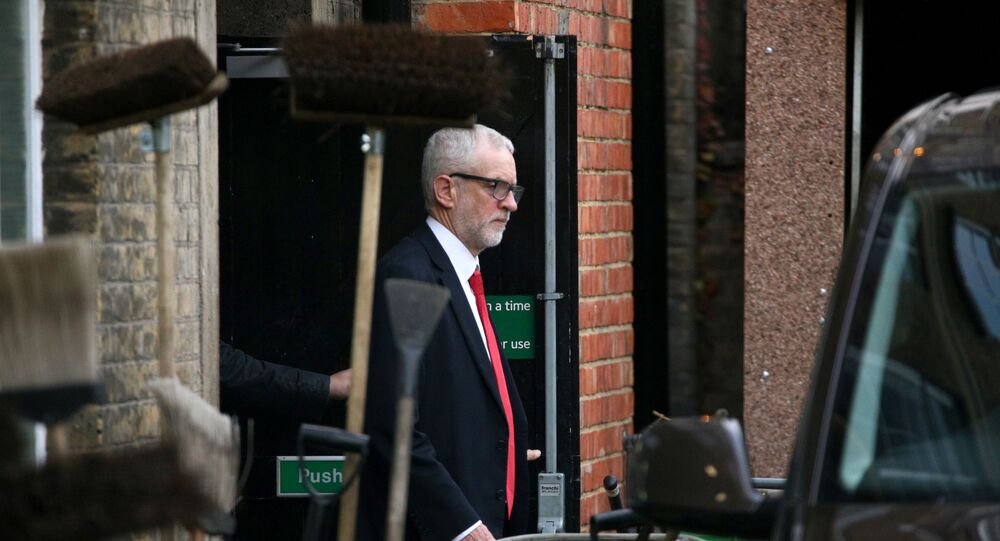 Earlier this month, Jeremy Corbyn apologised for the devastating defeat of his Labour Party during the UK general vote on 12 December, when Labour ended up with 202 seats in the House of Commons, its worst election result since 1935.

In a joint letter to The Observer, seven former Labour MPs called to rethin Jeremy Corbyn’s policies after the party’s overwhelming defeat in the 12 December general election.

The letter was, in particular, signed by Mary Creagh, Emma Reynolds, Anna Turley, Phil Wilson, and Paul Williams who all noted that it’s necessary “to be honest about why our outgoing leadership’s reflexive anti-western worldview was so unpopular and address the reasons”.

“We were rejected on the doorsteps not just because of our woolly, changing position on Brexit, or in Scotland, because of our weak commitment to the union, but because the very people we were supposed to be fighting for did not think the policies in our manifesto related to their lives”, they asserted.

The MPs also berated their party for focusing on “nationalisation and uncontrolled spending commitments” which they claimed had led to a situation when voters “simply didn’t believe” the party.

They bemoaned the fact that “[…] cronyism at the top of our party and repeated unwillingness to stand up to the stain of anti-Semitism were constantly relayed back to us on the doorstep”.

Williams, for his part, said in an interview with Sky News that Labour had become “a toxic brand” and that the party needed “a fundamental reboot”.

“We need a leader who starts with where the country actually is now and helps to move people forward rather than somebody that hopes the country was in a different place to where it really is”, he said, adding that it’s necessary “to press the reset button here” and realise the fact that “people have fallen out of love with the Labour Party”.

The comments come after Corbyn extended apologies earlier this month for the crushing defeat his party suffered during the 12 December general election, claiming that Brexit was to blame for the Conservatives’ landslide victory.

He pledged that he will remain Labour leader until his successor is elected in March, a date set by the party’s general secretary Jennie Formby.

Corbyn also asserted that although UK Prime Minister Boris Johnson had secured a majority by pushing a “get Brexit done” narrative, he will fail to deliver on his promises.

“Despite our best efforts, I believe this election was ultimately about Brexit. The Tory campaign amplified by most of the media managed to persuade many that only Boris Johnson could ‘get Brexit done’. That will soon be exposed for the falsehood it is", Corbyn said.

During the elections, Conservatives won 365 seats, increasing its presence by 48 MPs, while Labour lost 60 lawmakers and ended up with 202 seats in the House.