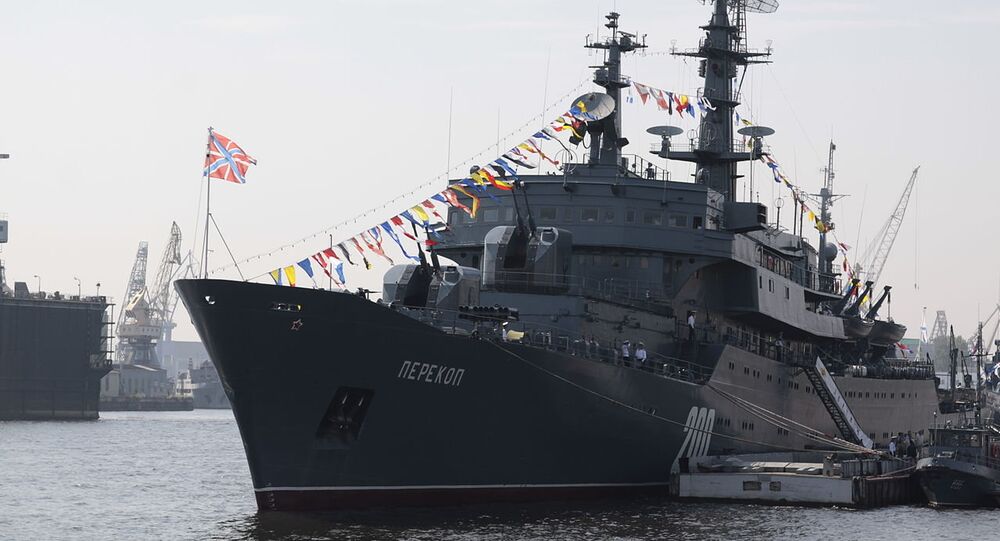 The Royal Navy confirmed the HMS Tyne's two-day operation in a statement published later on Thursday.

"The Portsmouth-based ship was called upon to sail on Christmas Eve and keep watch on the Russian ship Smolnyy Perekov as it passed close to UK territorial waters on Christmas Day", the statement read.

The Royal Navy confirmed that the ship had returned to Portsmouth on Thursday and remains ready for further operations.

UK Defence Secretary Ben Wallace praised the work of the Royal Navy crews who conducted operations during the Christmas holidays.

"I am grateful for the efforts of the crew of HMS Tyne, who has sailed on Christmas Eve, helping to safeguard or seas", Wallace said, as quoted in the statement.

Earlier on Thursday, the Sky News broadcaster reported that the HMS Tyne, a Royal Navy warship, set sail to monitor the movements of a Russian Smolnyy-class training ship, dubbed the Perekop and attached to the Russian Baltic Fleet, which passed close to UK international waters.​

In August, a Royal Navy patrol ship monitored Russian ship Vasily Bykov through UK waters in a similar incident. In October, the HMS Mersey vessel of the UK Royal Navy escorted a group of three ships of Russia's Baltic Fleet as they headed along the UK coast to the English Channel.

The group of Russian vessels left Baltiysk town and headed for the Indian Ocean on 1 October as part of a long journey. During the campaign, the warships for the first time took part in the Russian-Indian war games Indra-2019, which was held from 10-19 December in the Indian Ocean.