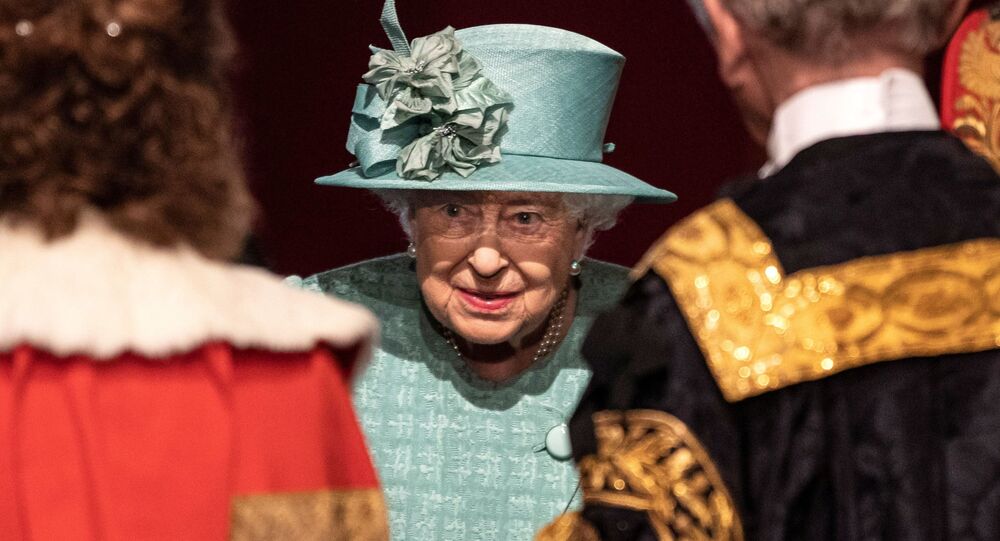 The British monarch announced in a key speech on Thursday that the country's new Conservative government, under UK prime minister Boris Johnson, would enact new laws aimed at transforming British politics, including the country's departure from the European Union.

Sputnik takes a closer look at the Queen's Speech, read by Queen Elizabeth II, which summarises the key policies new governments will work to put into effect during their tenure.

"Get Ready For Brexit"

UK ministers will prepare for delivering the UK's "departure from the EU on 31 January” as well as seeking an improved “future relationship” with Brussels based on a fresh free trade agreement, the Queen said.

New trade partnerships will be struck outside the EU, paving the way for the UK's trade policy, she announced.

NHS Get A One-Up

A "multi-year funding settlement for the National Health Services (NHS)" would be “enshrined in law”, the Queen said, with further steps to back NHS workforces and issue new “fast-track entry” visas for skilled healthcare professionals immigrating to the UK.

The government would scrap hospital car parking charges “for those in greatest need” and cross-party consensus would help on long-term proposals to reform social care, including the Mental Health Act 1983.

“No one who needs care should have to sell their home to pay for it”, she added, speaking on additional funding for healthcare.

A "modern, fair” points-based immigration system will help to contribute to the UK’s economy, she said.

Measures would be taken to support working families, including “raising the national insurance threshold” and national living wage, the Queen announced.

Increased funding for education, in addition to measures on flexible working, among others, would be introduced. Further measures to protect tenants and ensure building safety and home ownership would be enacted such as discounts for first-time buyers, she said. 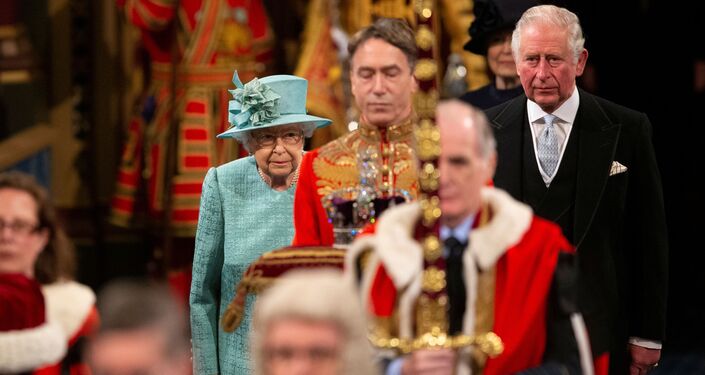 © REUTERS / POOL
Britain's Queen Elizabeth and Britain's Prince Charles walk through the Royal Gallery before delivering the Queen's Speech at the State Opening of Parliament ceremony at the Palace of Westminster in London, Britain December 19, 2019

Queen Gets Tough on Foreign Agents, Knife and Serious Crime

The government would introduce legislation on internet safety, she said, and a Royal Commission would assess the efficacy of the “criminal justice process”, including stricter sentencing for violent offenders and terrorists.

Courts will work to tackle knife crime and victims of domestic abuse, pending future laws, she said whilst calling on national institutions to “work together to prevent serious crime”.

“Measures will be developed to tackle hostile activity conducted by foreign states,” the Queen said.

The Sun political editor, Tom Newton Dunn, noted that “major new espionage legislation” was coming, which would “include exterritorial elements for terror offences”, as well as a new Treason Act and laws similar to the United States Foreign Agents Registration Act (FARA).

Guardian journalist Dan Sabbagh added that the new "espionage legislation" would be a "big win for the spy agencies who have been pressing for an upgrade to the Official secrets Act of 1989.

‘No Region Left Behind’

Tax credits for research and development would help businesses, in addition to establishing a ‘national skills fund’ and further changes to business rates, Queen Elizabeth announced.

Ministers would boost gigabit broadband in the UK, she said.

The Queen also said that minimum levels of service would help in times of transport strikes would go into effect.

The UK would work to lead the world in meeting net-zero greenhouse gas emission by 2050, as well as tackle climate change by hosting the COP26 summit in 2020.

The event is set to take place in Glasgow, Scotland in November 9 to 19.

Ministers would write laws on environmental principles and enforce “legally binding targets”, namely air quality and bans on exporting plastic waste to countries “outside the Organisation for Economic Cooperation and Development (OECD)”, the Speech read.

Defence and Global Leadership Via the 'Rule of Law'

A 'Constitution, Rights and Democracy' commission would be established, the Fixed Terms Parliament Act 2011 would be repealed, according to the speech.

Additional support for the Armed Forces and incorporate the Armed Forces covenant into law, she said, as well as spending 2 percent of the country’s GDP on NATO defence, as noted by UK foreign secretary Dominic Raab prior to the NATO Leader's Meeting in London on 4 December.

The new law would tackle “vexatious” claims against the Armed Forces, in addition to promoting and expanding “the [UK’s] influence in the world”.

An “integrated security, defence and foreign policy review” will help assess “the nation’s place in the world”, including international policy, defence, diplomacy and development, the Speech read.

"It will stand firm against those that threaten the values of the United Kingdom, including by developing a sanctions regime to directly address human rights abuses," the queen said.

The reopening of Parliament comes after the 12 December general elections, where UK prime minister Boris Johnson secured 365 out of 650 seats in Commons - a historic majority. The majority win is widely seen as a boost to the Prime Ministers bid to push through new laws to help the UK leave the European Union, which the government now plans to finalise by 31 January.