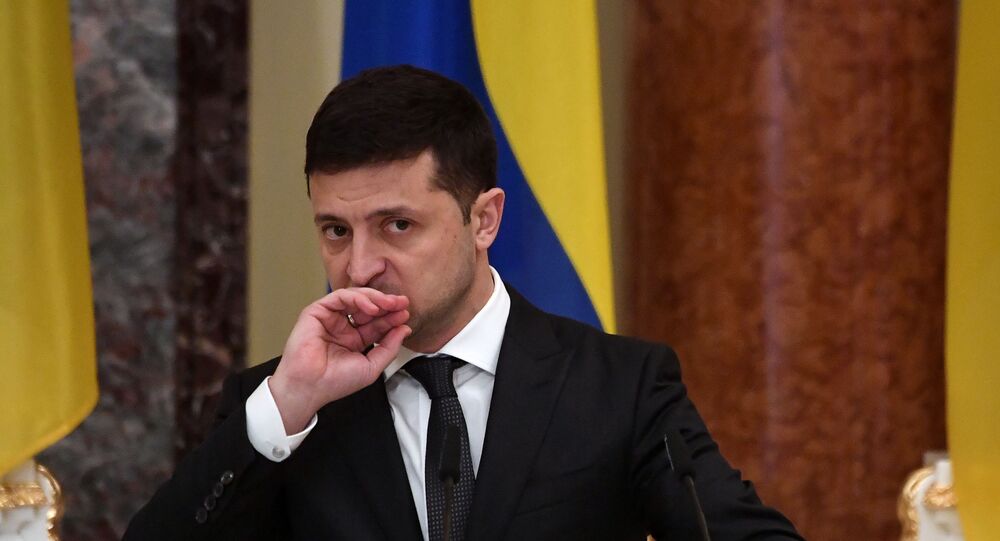 KIEV (Sputnik) - Ukrainian President Volodymyr Zelensky believes that some clauses of the Minsk agreements on the Donbass settlement could be changed, in particular, those related to border control.

"Since the time of Minsk, four years have passed, everything is changing in our life. And we understand that it’s not us, as a team, who signed Minsk, but we, as a government, must fulfil the conditions that the government agreed in those days. But I am sure that we can change some things and will change, because transfer of the Ukrainian state border under our control [only] after the election is definitely not our position," Zelensky said on the air of the 1+1 broadcaster.

In April 2014, the civil war ignited in eastern Ukraine after Kiev sent troops to quell a rebellion in the regions of Donetsk and Lugansk against the then-new Ukrainian government which came to power during of the February 2014 Maidan coup d’état. In February 2015, Kiev and the militias reached a ceasefire following talks brokered by the Normandy Four leaders in the Belarusian capital of Minsk. A shaky ceasefire has been in place ever since, although violations have been regularly reported. The self-proclaimed Donbass republics have accused Kiev of refusing to adhere to the peace plan outlined at Minsk.

Trump Says Impeachment Case Should Be Over After Zelensky Denied Wrongdoing