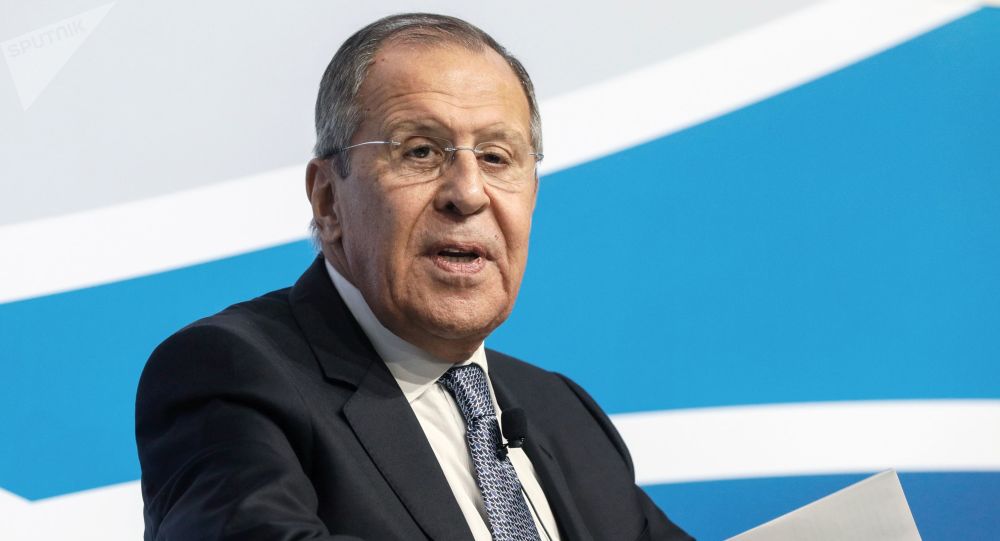 MOSCOW (Sputnik) – Russia expects Ukrainian President Volodymyr Zelensky to end the war in the southeast of Ukraine by implementing the Minsk agreements, which were once again discussed by Normandy Four leaders on Monday, Russian Foreign Minister Sergei Lavrov has announced.

"We expect that President Zelensky will strictly adhere to his pre-election promises, to stop the war, stop the deaths of people and ensure peace in all the territory of Ukraine. It is possible to do that by implementing the Minsk agreements, that’s what was discussed in Paris," Lavrov said.

He added that Washington could help in bringing lasting peace to Ukraine by convincing the Ukrainian leadership that it must implement the Minsk package of measures, adopted in February 2015 after Normandy format talks in the Belarusian capital.

"Any country, including the United States, and other Western and non-Western capitals, can help if they incline the Ukrainian side that they have influence on, in this case, if we are talking about the United States, it’s Kiev, to scrupulously implement the Minsk agreements," Lavrov told reporters.

He warned Washington against continuing with the policy of former US Special Representative for Ukraine Negotiations Kurt Volker.

On Tuesday, US President Donald Trump met with the Russian foreign minister in Washington. Speaking to journalists after the meeting, Lavrov commented on the Ukraine issue, stressing that there is no alternative to the Minsk agreements.