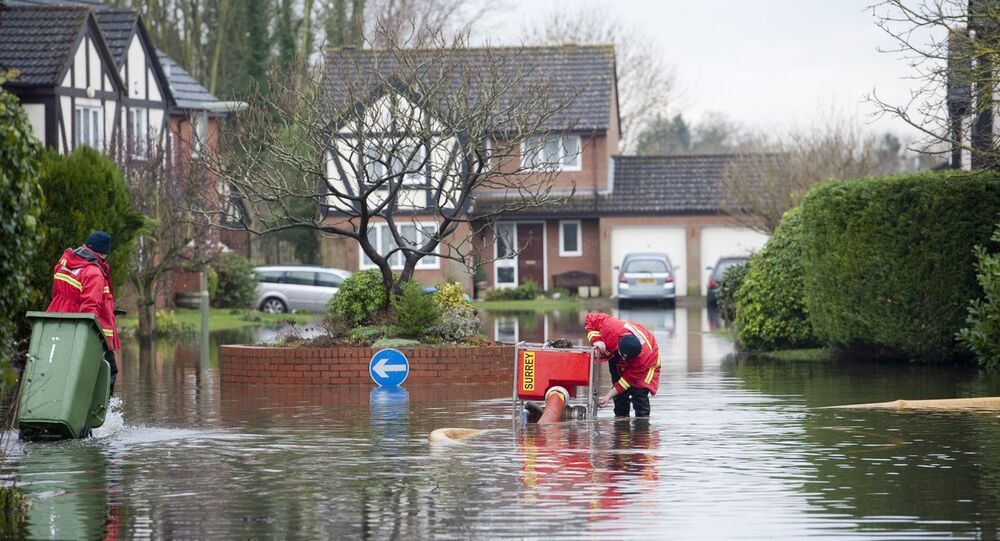 Families were forced from their homes across Yorkshire and Nottinghamshire by heavy downpours ahead of the holiday season. Many still remain homeless and are staying in hotels, as they are not allowed to return to their houses, which remain uninhabitable.

Dozens of families in the UK still can’t return to their homes following floods that local media describe as nothing short of “Biblical”. As the Daily Star reports, over 1,000 households in communities across Yorkshire and Nottinghamshire were hit by the high water levels, which were due to heavy rains in November. However, dozens of families are still stranded in hotels, as their homes remain uninhabitable.

They now face the prospect of spending the holiday season fighting challenges from their insurance companies.

“No mum or dad should have to go through what we are going through. I’ve been moved ­between two hotels but I know someone who’s been moved between three. On some nights the insurance hasn’t been able to get my family somewhere and asked me to find ­accommodation for myself”, Jackie Anne Conley told the outlet.

Her complaints are echoed by mother-of-three Mandy Bell, noting: “I can’t put the magic of Christmas together for them in a hotel with no personal space. Exactly how do you explain to three children they have no home for Christmas?”

Screenshot/Storyful Rights Management
UK Man Makes the Most of Severe Flooding, Pulls Out Jet Ski
As the newspaper points out, the communities were previously hit by similar flooding in 2007, with some houses being swamped twice. Neither their local MP nor local authorities are believed to have learned a lesson since then.

“Promises were made after 2007 by councillors and the local MP that this was a once-in-a-lifetime event and would never happen again. Twelve years later and we are faced with the same again but this time a lot of properties and businesses have gone beyond restoration”, 62-year-old Roger Stocks told the outlet.

UK Man Makes the Most of Severe Flooding, Pulls Out Jet Ski