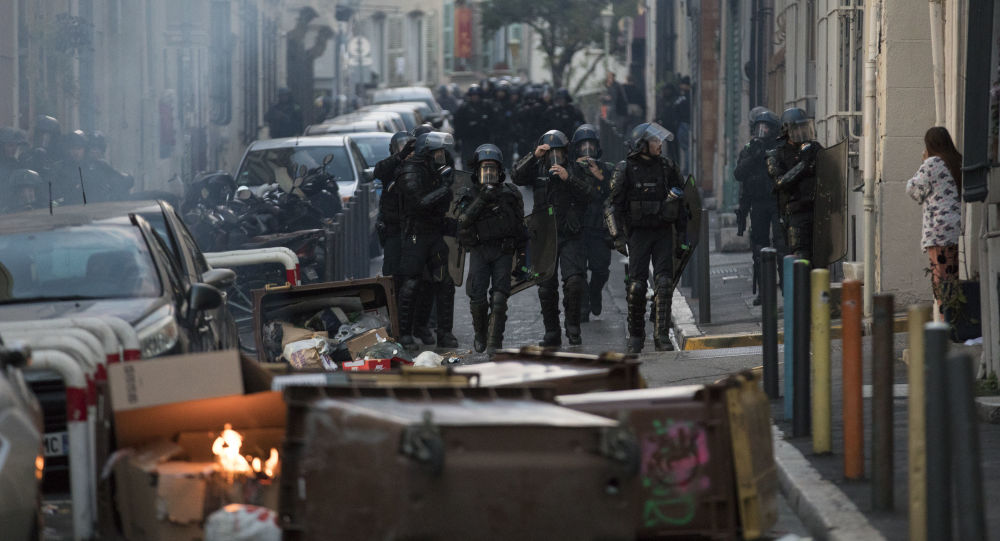 PARIS (Sputnik) - Yellow vest protesters sought to make use of the pension reform strike momentum on Saturday as they clashed with police in Paris, prompting tear gas salvos, the French BFMTV broadcaster said.

Parallel marches of yellow vest protesters and transport workers unhappy with the planned pension reform set out from the Bercy metro station, the French BFMTV broadcaster said. They were joined by students.

At least a thousand demonstrators opposing the new retirement scheme rallied in the western French city of Nantes. Two people were reportedly arrested after clashes with police.

​According to Le Parisien newspaper, blockades in 11 regions, mostly in the southeast of France, began at 7 a.m. local time (06:00 GMT). Serious disruptions are expected on the A7 highway in Auvergne-Rhone-Alpes and on the A75 highway in Occitania region.

The Organisation of European Transport Transporters, a large trade union in France, called upon its members to block roads across the country, saying that the suggested tax increase would be forcing drivers to spend an additional 800 euros per year on fuel.

The weekend rallies marked the third day of transport disruptions in Paris that are expected to continue as trade unions plan more strikes next week. Millions of public workers have been angered by the government’s plan to universalize pensions for fear of losing profession-specific benefits.