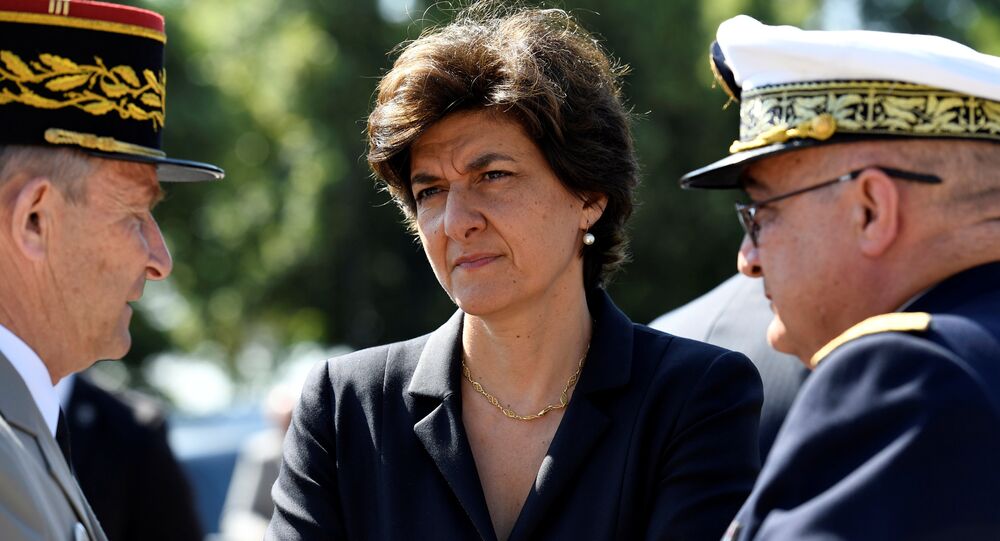 PARIS (Sputnik) - Former French Defence Minister Sylvie Goulard was charged with the alleged embezzlement of public funds in the employment of the European Parliament assistants, in a case often referred to as "the EU fake jobs scandal," France Info broadcaster reported on Monday.

The official is a member of the centrist Democratic Movement (MoDem) Party, which is aligned with French President Emmanuel Macron's La Republique En Marche! Goulard was a member of the European Parliament from 2009 to 2017.

In June 2017, an investigation on the breach of trust and concealment of the breach of trust against the MoDem started after former party member Jean-Luc Benhamias, sent a letter to the prosecution, claiming that he was partly paid in 2010-2011 with EU parliament funds for work that he in fact did for the party.

Several representatives of MoDem were indicted or investigated amid the fake jobs scandal, including Goulard and former justice minister Alexandre Nardella.

The scandal prompted Goulard, who denied all allegations, to resign as defence minister, barely a month into the job. She has served as a deputy governor of the French central bank since then.

Goulard agreed to pay back $50,000 to the European Parliament, money equivalent to eight months of the salary of one of her assistants, for whom ex-minister could not provide proof of work.

Despite the investigation, Macron still appointed Goulard as France's new EU Commissioner in summer and did not agree with European Parliament's vote against her in October.