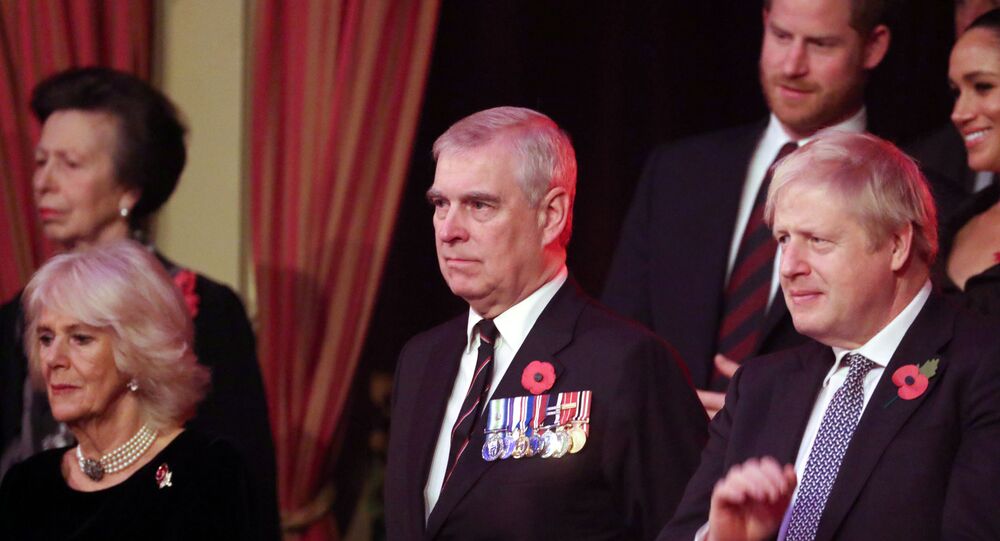 After an interview by the Duke of York in which he tried to account for his friendship with the paedophile financier, which turned into a public relations catastrophe, Lisa Bloom, representing Jeffrey Epstein’s alleged victims, signaled that the British royal may have other disastrous career choices coming to light.

US lawyer Lisa Bloom, who represents 5 women who have accused deceased financier Jeffrey Epstein of sex trafficking and sex abuse, told the Times that Prince Andrew was one of the “enablers” who could have stopped his friend but chose not to. She noted that if the Duke of York, who “surely” saw something, had “shown basic human decency” and reported his friend, “other women could have been spared being sexually abused.”

“This could have been stopped and instead, because there were so many enablers around Jeffrey Epstein, and apparently Prince Andrew was one of them, this just went on and on,” she said.

Bloom reinforced her threat to proceed with legal actions to order the youngest son of England's Queen Elizabeth II to testify, insisting that the British royal should cooperate and “permit his staff to do the same”.

“I hope we don't have to subpoena him. We certainly could [...] of we determine that he has relevant information to our cases. I would fly to the UK and take his deposition. This happens all the time [...] it's only unusual because it's Prince Andrew,” she noted.

His refusal to give evidence and answer questions, however, could result in a “diplomatic situation” between the two allies, she said. The lawyer added that it would not be easy to subpoena Queen Elizabeth’s son, due to his position as a high-profile UK royal.

“It's not going to be easy to subpoena someone like Prince Andrew… If he refused to come we may have a diplomatic situation between [the UK] and [the US]. I hope it doesn't come to that,” Bloom told BBC Breakfast.

As The Telegraph reported, citing unnamed sources earlier this week, Prince Andrew is preparing to give evidence to a US investigation into billionaire Jeffrey Epstein.

The newspaper said that Buckingham Palace is reportedly bracing for a subpoena from US authorities that would demand that the Duke of York testify in court on his friendship with the disgraced financier, after reports emerged that Bloom said that the royal must cooperate with US authorities.

© AP Photo / Liam McBurney
Story Surrounding Prince Andrew Begs the Question of Why There's Monarchy at All – Commentator
The developments came after the 59-year-old gave his first TV interview about the exploding scandal last week. Talking to BBC, he denied that he had sexual contact with Virginia Roberts Giuffre, then a minor and now one of Epstein's accusers, in 2001.

Following the interview, the Duke of York announced that he had asked the Queen, his mother, for permission to let him step down from public duties and drop out of the public eye for the “foreseeable future”, due to his "regrettable" association with the paedophile Epstein that has now “become a major disruption” to the royal family. Prince Andrew said again that he deeply sympathises with Epstein’s victims.