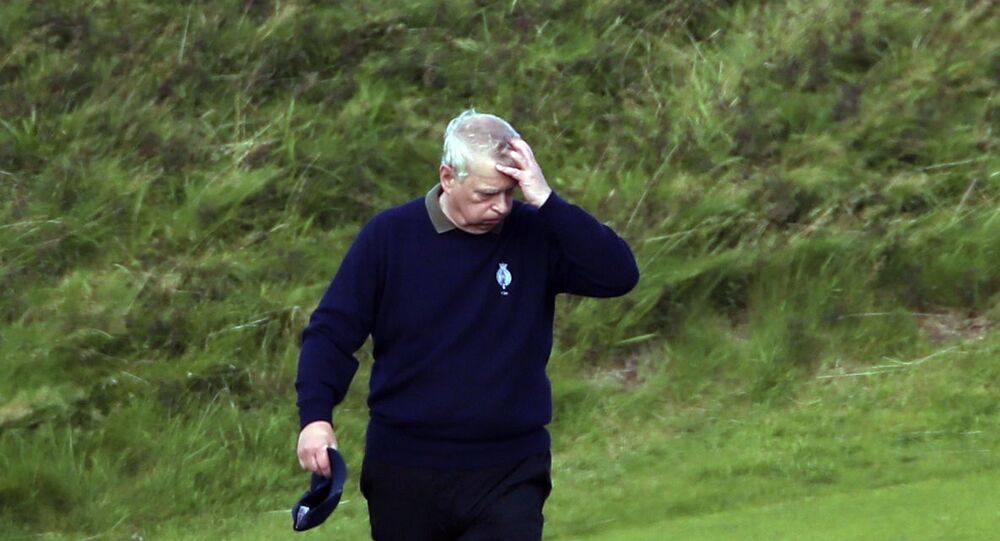 The office of UK Prince Andrew said in a statement on Wednesday that the ramifications of the scandal and ongoing probe into the dealings of the paedophile had hit his "family's work" and "many organizations and charities" that his family supports.

The Duke of York said that he had asked his mother, Queen Elizabeth II, if he could step down from public engagements “for the foreseeable future”, which she accepted.

​"I continue to unequivocally regret my ill-judged association with Jeffrey Epstein", according to the statement from Prince Andrew, which added that the paedophile's “suicide has left many unanswered questions, particularly for his victims, and I deeply sympathise with everyone who has been affected and wants some form of closure”.

A statement by His Royal Highness The Duke of York KG. pic.twitter.com/LfMFwMyhcb

Epstein, the deceased convicted sex abuser, had been under investigation for nearly two decades at the time of his suspicious death earlier this year. The convicted paedophile - who is reportedly linked to many wealthy and powerful people including US Presidents Bill Clinton and Donald Trump - was inexplicably taken off of suicide watch, despite reportedly trying to kill himself just weeks earlier. He was sentenced after being convicted as a sex offender and paedophile. Epstein served a light sentence of just 13 months.

One of the main pieces of evidence against Prince Andrew is documented in a 2001 photograph of Virginia Roberts Giuffre, now 35, with Prince Andrew’s arm tightly around her waist, when she was 17. Giuffre, one of Epstein's many accusers, has testified that the paedophile sex-trafficked her to Britain's Prince Andrew. Earlier, some UK-based media claimed, citing unnamed sources close to the royal family, that the image had been doctored.

Another Epstein accuser, now a 31-year-old woman who reportedly wishes to remain unidentified, testified in a Manhattan lawsuit earlier this week that Epstein raped her when she was 15 at the paedophile's Zorro Ranch residence in New Mexico.

She claimed that afterward that she had been lured in by Epstein's assistants who at the time asked her to fly to one of the paedophile's properties where she "was told Andrew, among others, would be a guest” - an offer she said that she declined after previously being sexually assaulted by Epstein and his primary female associate.

The royal family and Prince Andrew have denied involvement in any crime and have denied having knowledge of the crimes committed by Epstein.