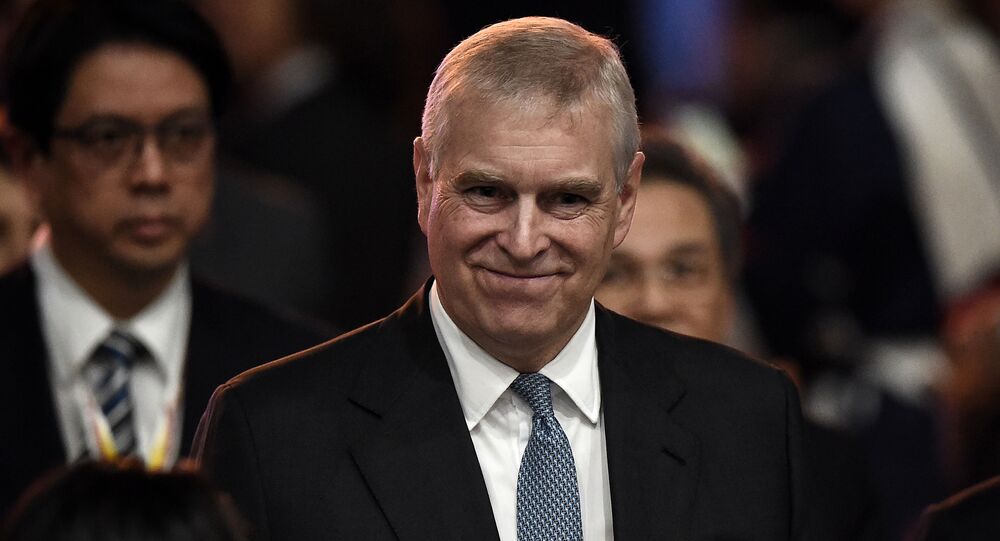 Earlier, reports emerged that Queen Elizabeth II did not approve of Prince Andrew’s decision to give the BBC Newsnight interview, as the royal faces fallout from his ties with convicted sex offender Jeffrey Epstein and allegations of child sexual abuse that he has repeatedly denied.

Prince Andrew’s recent claims he “never really partied” and avoided “public displays of affection” have been dealt a serious blow as footage of the Duke of York engaging in some serious partying with young women in St Tropez has been exclusively revealed by MailOnline today.

In the footage the Prince appears to look quite disheveled and is then seen leaving the party with a bevy of beautiful women.

Photos from the 2000s also appear to contradict his earlier claims regarding partying and PDA, as he is seen sweating and embracing a number of women including socialite Chris Von Aspen.

Earlier, at the start of the decade, the royal is seen chatting to German supermodel Heidi Klum at a Hookers and Pimps-themed Halloween party in New York in October 2000, also attended by Epstein's alleged co-conspirator Ghislaine Maxwell.

A former Saint-Tropez reveler is quoted by the publication as saying:

“These were really crazy years for Andrew. He was clearly having a full-blown midlife crisis. He would have been 47 or 48 at the time, divorced from Sarah Ferguson, and basking in the attention he got from young women. These were private parties held at mansions so I guess he felt he could let his guard down.”

The latest video and pictures have put Prince Andrew under yet more scrutiny as he earlier appeared in a “car crash” BBC Newsnight interview to insist he “did not sweat” or “indulge in public displays of affection” with women while attempting to defend his friendship with disgraced American financier Jeffrey Epstein, who allegedly killed himself in prison amid an investigation on suspicion of organising a paedophile ring.

During the interview, the prince offered a number of alibis when denying ever meeting Victoria Roberts-Giuffre, one of Epstein’s alleged sex slaves, who claimed to have been forced to have sex with Prince Andrew when she was 17.

The Duke of York has "categorically" denied having any sexual contact with the alleged underage American woman, saying:

"It didn't happen. I can absolutely categorically tell you it never happened. …I have no recollection of ever meeting this lady, none whatsoever."

As part of his defence, he disputed claims that he was sweating on the night he reportedly partied with Roberts, saying:

“There's a slight problem with the sweating because I have a peculiar medical condition which is that I don't sweat or I didn't sweat at the time…because I had suffered what I would describe as an overdose of adrenalin in the Falkland's War when I was shot at and it was almost impossible for me to sweat.”

Here he is, sweating like a paedo in a tuxedo. #PrinceAndrew pic.twitter.com/cf3Zi4Ve6X

TFW you are physically incapable of sweating because you OD'd on adrenaline in The Falklands. pic.twitter.com/uoXfHGj4S8

The Prince insisted he had stayed at Epstein’s because it was “honourable” even after the latter had served a jail term, and had gone there “with the sole purpose” of breaking up their relationship.

She made her first public claim in 2015, with Buckingham Palace denying the accusations, yet they resurfaced this year amid a new probe.

A 2001 photograph of Giuffre with Prince Andrew’s arm wrapped around her waist has also surfaced, with UK-based media earlier reporting that sources close to the royal family believed the image had been doctored.

Prince Andrew has repeatedly denied claims that he had sex with Giuffre.