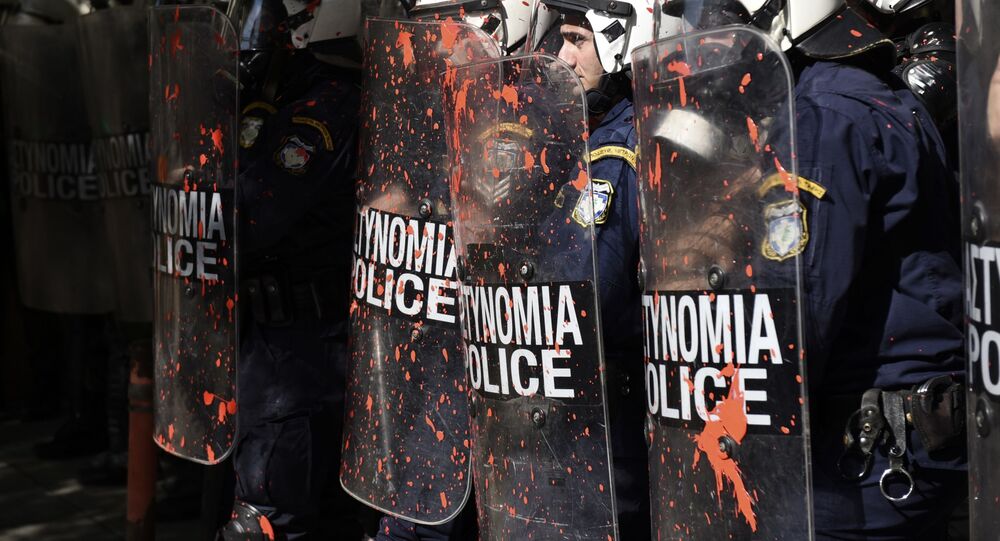 On Sunday, police raided the university campus, several premises of which were seized by anarchists. Batons, motorcycle helmets, masks, bottles for making Molotov cocktails, and fire extinguishers were found, which led to the university being shut down due to fears of the objects potentially being used during next week's annual march to mark the anniversary of the 1973 Athens Polytechnic student uprising.

#Greece: Thousands of students demonstrated against police and State repression inside the premises of the #Athens University of Economics and Business.
Against the ‘Law & Order’ campaign by the new far-right government, and against the abolition of the academic asylum. pic.twitter.com/ZBfT95WTGX

According to the Greek Skai broadcaster, unhappy with the shutdown, about 200 young people rallied outside the university and attempted to break in. They began throwing stones and various objects at the police, who in turn responded by firing tear gas and stun grenades into the crowds. Six people were injured, the media outlet said.

According to the spokesman's statement obtained by Sputnik, Syriza's attitude toward disorder in the country angered Greek society and the vast majority of students.

The Athens Polytechnic student uprising against the Greek military junta erupted in November 1973 and ended in bloodshed after a tank crashed through the gates of the Polytechnic. For almost half a century, students took to the streets to protest their government and politics, each year ending up in violent clashes with the police.