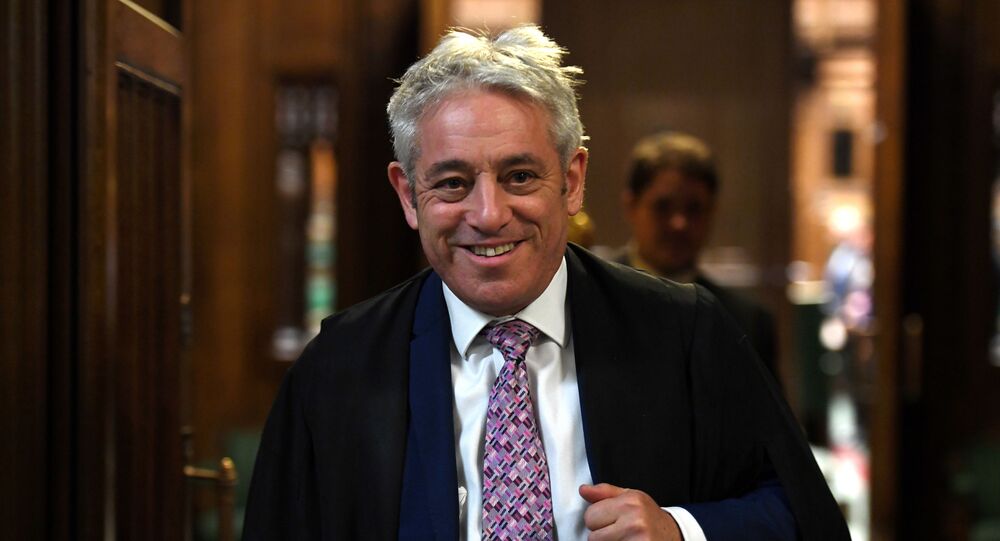 John Bercow, the man who turned the word “order” into a form of art, retired as the House of Commons speaker on what was once supposed to be the night of Brexit. He now says Britain’s planned departure from the EU is the country's biggest mistake in the past seven decades.

The just-retired referee of the House of Commons, John Bercow, hopes to get elevated to the upper house of British Parliament, but his further career prospects are still uncertain due to the political chaos and division he had sought to control.

In a valedictory interview to British GQ, Bercow said he would join the House of Lords if he was invited but said it was too soon to speak yet.

Bercow, 56, stepped down on 31 October, having presided over the house for 10 years. Sir Lindsay Hoyle, a former Labour MP, was elected as his successor on Monday.

The Brexit turmoil has propelled the Commons Speaker – traditionally a ceremonial role – to the centre of Britain’s political stage.

Сalling to order in a disorderly parliament

Brexiteers have accused Bercow of political bias since the 2016 Brexit referendum, but he insists he has always remained impartial.

By tradition, speakers leaving office cease to be MPs and are automatically offered a seat in the House of Lords. However, speculation has been mounting that the government could deny Bercow peerage due to his perceived bias and his approval of holding votes on anti-no-deal pieces of legislation such as the Benn Act and the Grieve amendment.

“When the Brexiteers, before the world Brexiteer was invented, were in the minority, I frequently let them put down urgent questions, secure emergency debates, put down an amendment to the Queen’s Speech,” he recalled. “When it suited those people, they weren't complaining. When the tide turned and the minority became the majority, some of them didn’t like it.”

After Bercow stood down and his hands were no longer tied by his role as a mediator of parliamentary debate, he made it clear he opposed Brexit. Speaking at a gathering of the Foreign Press Association on Wednesday, he called Brexit “the biggest foreign policy mistake in the post-war period.”

He doubled down on that assessment in the GQ interview, saying: “If you ask me why I myself think that it is better for the UK to be part of the European Union, that’s the best deal, I think I would say in six words: power bloc, trade bloc, civilised values.”

Bercow had been a Tory for two decades but had to drop his party affiliation before becoming speaker in 2009. He now says he is “out of party politics” and doesn’t plan to enter that territory again.

When asked whether he would sit as a crossbencher in the House of Lords, he said that it is “certainly the norm.”

In case the government blocks his peerage, he has things to do. “I’d like to speak, write and consult,” Bercow said. “I’d like to strengthen my links with higher education. And I’m absolutely potty about sport. If I can play a bit more tennis and watch a bit more tennis and football and possibly even do something of any use in the field of sport.”