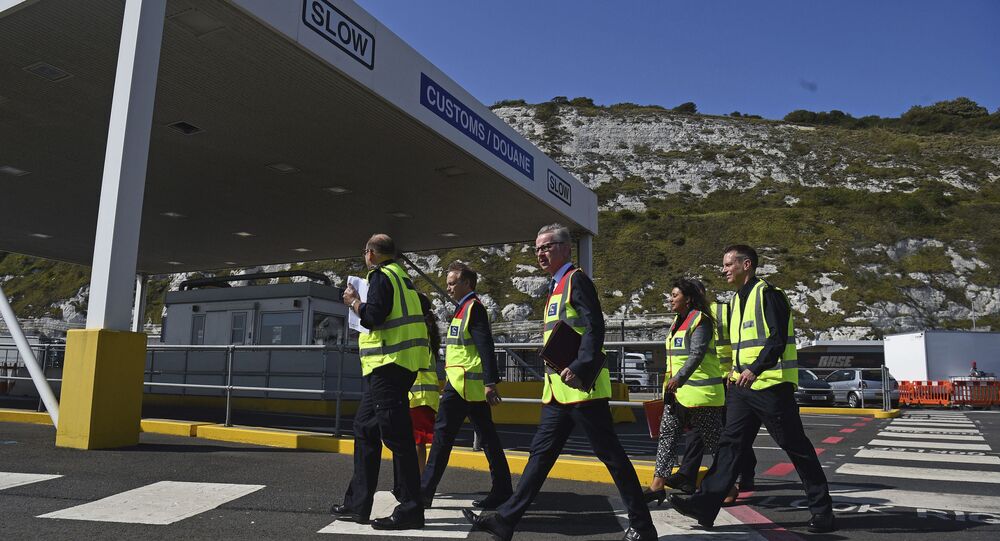 Lorries weighing over 7.5 tonnes travelling to the Eurotunnel or Port of Dover along the M20 will be among those affected by the disruptions, with detours and reroutes planned during the exercises.

The UK government launched Operation Brock contraflows on the M20 in Kent on Monday, Highways England has confirmed.

Lorries weighing over 7.5 tonnes travelling to the Eurotunnel or Port of Dover along the M20 will need to follow reroutes towards the coastbound carriageway between junction 8 for Maidstone and junction 9 for Ashford, according to a UK government statement.

Drivers will have to obey a 30mph speed limit, with lorries potentially queuing along the motorway should ports be disrupted, the UK government said.

Drivers have been encouraged to proceed as normal despite the contraflows, with two lanes enforced by a 50mph speed limit remaining open to traffic between junctions 8 and 9.

At least one crash took place on the M20 counterflow, with no major injuries, local media reported hours after the exercises began.

Some took to Twitter to vent their frustrations at the exercises, with many flooding social media with their cheeky tweets over Brexit and allegedly wasted government funds.

The operation, which can be deployed in stages and scaled for demand, will also reroute lorries according to government needs in case of a no-deal Brexit. Officials and motorway personnel have been instructed to follow the interim measure, which was successfully tested in March using the counterflow systems.

The measures have been taken to avoid potential delays over the next coming weeks in response to a no-deal scenario, which could delay customs procedures at the UK border, namely English Channel ports where the majority of UK goods are transported to the European mainland, and will be kept under continual review, with plans to cease the motion after it is no longer needed, UK authorities said.

European Union officials approved on Monday the 31 January 2020 deadline for the UK to leave the bloc after Commons voted to force UK Prime Minister Boris Johnson to ask Brussels for an extension. The British Prime Minister, who said he vowed to leave the EU on 31 October 'come what may', later proposed to give Parliament more time to debate his EU Withdrawal Agreement if Commons agreed to hold snap elections on 12 December.