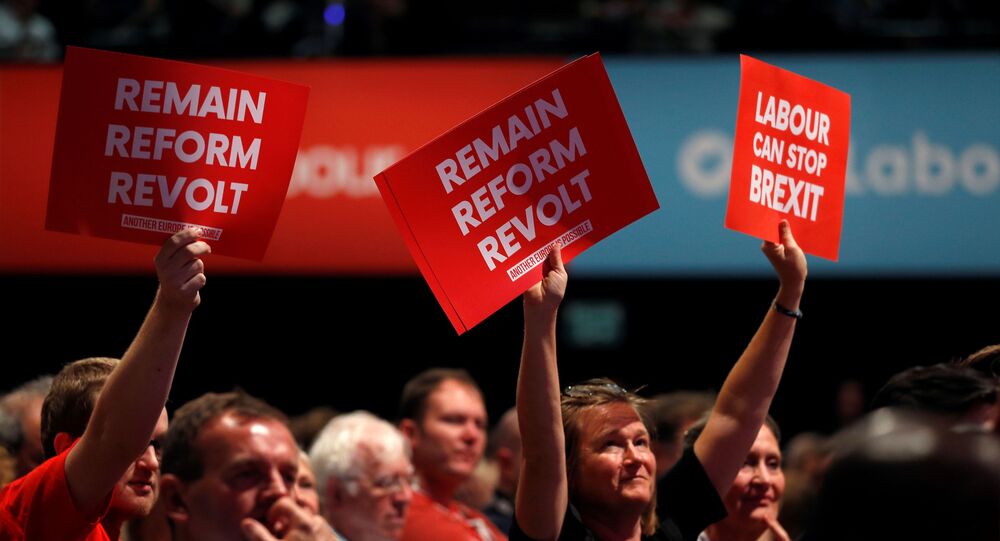 PM Johnson’s reported breakthrough in Brexit talks gave a glimmer of hope to Brits, but the news didn’t assuage the concerns of pro-Remain parliamentarians, who argue that the deal should be approved by the public.

Pro-Remain MPs claim that they have gathered enough support to push through a second referendum on Brexit. "We believe we are getting closer to the majority it needs", The Guardian cited a source in the Labour Party. The news came after the deputy leader of the Democratic Unionist Party (DUP) said that Johnson’s proposed plan to break the Brexit deadlock would not work.

Johnson recently held a meeting with Leo Varadkar that resulted in a breakthrough on the issue of the Irish backstop. Although the two did not share details of the meeting, Johnson refused to answer whether he had offered concessions on the issue of customs union. This led to speculation that the PM had decided to stick to the plan agreed by his predecessor, Theresa May. Under the deal, Northern Ireland would remain in the European Union’s customs union.

In order to get the Brexit deal through Parliament, Johnson needs the support of the DUP, but the party has said it would not support a plan that traps Belfast in the European Union.

​Pro-Remain MPs say that not only do they want a second Brexit referendum, if Boris Johnson fails to strike an agreement with the European Union, then they insist that any deal signed by the two sides should be approved by the public. Labour MP Peter Kyle said signs are pointing to that Johnson’s deal would be bad for the country’s economy and a sufficient number of MPs would insist on putting it to a public vote in which the options would be – leaving the bloc with the deal or remaining in the EU.

Other options reviewed by pro-Remain MPs include reviving Theresa May’s deal, which was rejected the three times by the Parliament, and making it subject to a second referendum.

The United Kingdom is set to leave the European Union on 31 October. Prime Minister Johnson must secure a deal by 19 October for it to be approved by all members of the EU. Should the two sides fail to strike a deal, the PM is required to ask the bloc for an extension, which would push the Brexit deadline up to 31 January.