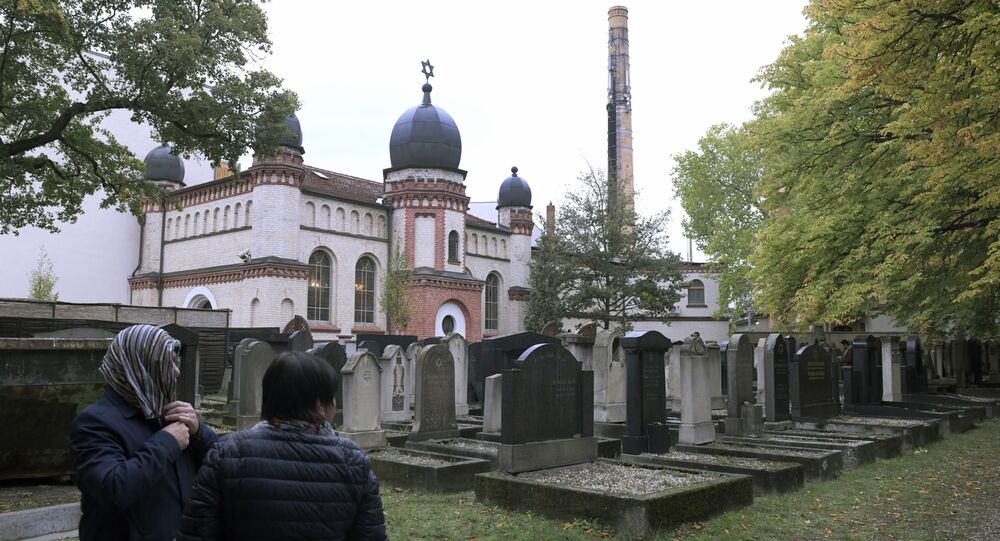 Germany's federal prosecutor said that the man suspected of attacking the synagogue in eastern Germany on Wednesday wanted to carry out a massacre in the Jewish house of worship and inspire others to commit similar attacks.

"What we experienced yesterday was terrorism. According to our findings, the suspect Stephan B. aimed to carry out a massacre," the federal prosecutor said.

He added that the suspect seemed to have built several of his own weapons, and that explosives were found in the car.

Halle Attacker Could Have Accomplice

German Public Prosecutor General Peter Frank said on Thursday that the gunman who opened fire near a synagogue in the city of Halle could have an accomplice.

“[We are investigating] whether there was an accomplice in the network, who maintained contact with him [the attacker], maybe encouraged him. We will persecute him [a possible accomplice]. In order to do that we must study all his communications, focus on his activities in the darknet before the attack,” Frank said at a press conference.

He confirmed that police had conducted a search in the flat of Balliet. According to Frank, the investigation is now focusing on a number of issues, including the way how the attacker got the weapons.

The shooting near a synagogue in the German city of Halle was perpetrated by Stephan Balliet, according to German media reports.

The attack took place during Yom Kippur, one of the main holidays in Judaism, which was celebrated from Tuesday to Wednesday this year.