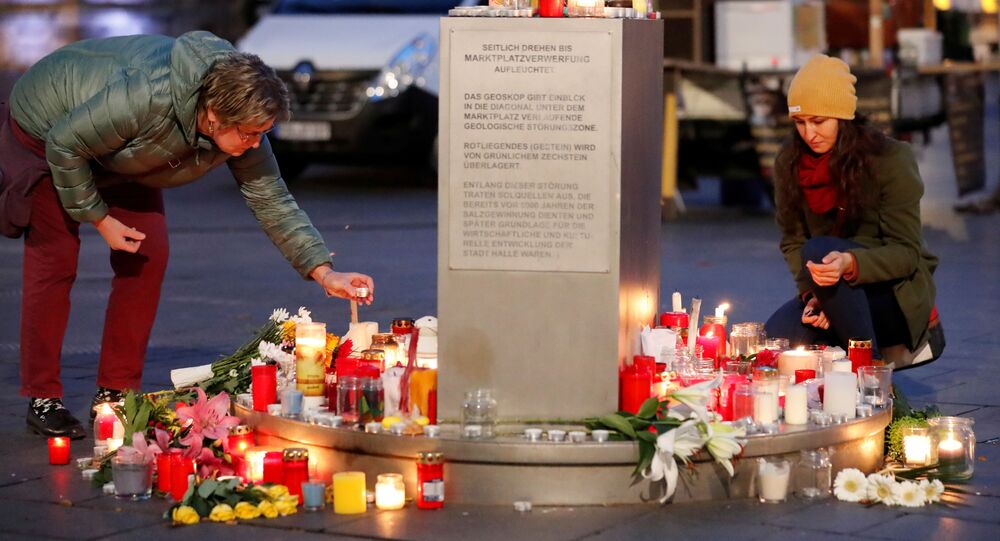 A PDF document appearing to be the manifesto of the Halle shooter has emerged online, showing that the man took inspiration from anti-Semitism and internet culture.

Rita Katz, a terrorism analyst and head of SITE Intelligence Group, which tracks the online activity of extremist organisations, has said that the Halle shooter’s manifesto was apparently created on 1 October, a week before the attack.

The purported document, posted on an online forum prior to the shooting, is 10 pages long and written in English. It lists the homemade weapons used in the attack, including a “Luty SMG 9mm Parabellum,” a “12 gauge Slam-Bang shotgun,” a “single shot .38 special pistol,” a “Plastic Luty,” a “Short Slam-Bang shotgun,” a Smith carbine, and a longsword, as well various bombs and hand grenades.

BREAKING: PDF document, appearing to be manifesto of #Halle #Germany attacker Stephan Balliet, emerges online, showing pictures of the weapons and ammunition he used and reference to his live stream. States objective to "kill as many anti-whites as possible, Jews preferred." pic.twitter.com/IpYqY75ywW

The document, whose authenticity is yet to be verified, appears to be filled with extremist sentiment and references to the subculture of image boards. Some of the stated goals are to “prove the viability of improvised weapons” and to “kill as many anti-whites as possible, Jews preferred.”

The manifesto also provides a detailed plan to attack the synagogue in Halle on Wednesday, during Yom Kippur. The shooter apparently chose the Jewish holy day for the attack because that’s when even non-religious Jews are often visiting the site.

He went ahead with his plans that very day and filmed himself launching into a diatribe against women and Jews with a head-mounted camera when heading to the synagogue, but failed to force his way through the locked gates of the building.

Appearing to improvise, he then shot dead a random woman in the street and a man inside a nearby kebab shop, before being captured by police. At least two other people were reportedly injured. The gunman was identified as Stephan Balliet, 27.

The rampage was streamed live for half an hour on Amazon's Twitch service – in an eerily similar way to the March Christchurch shooting in New Zealand – and was watched by more than 2,000 people before Twitch removed the stream.

The attack was condemned by the German government, as well as local and international Jewish associations, but the authorities came under fire for failing to provide adequate security to Jewish worshippers on the day of the attack.

“It is scandalous that the synagogue in Halle is not protected by police on a holiday like Yom Kippur,” said Josef Schuster, head of the Central Council of Jews in Germany.