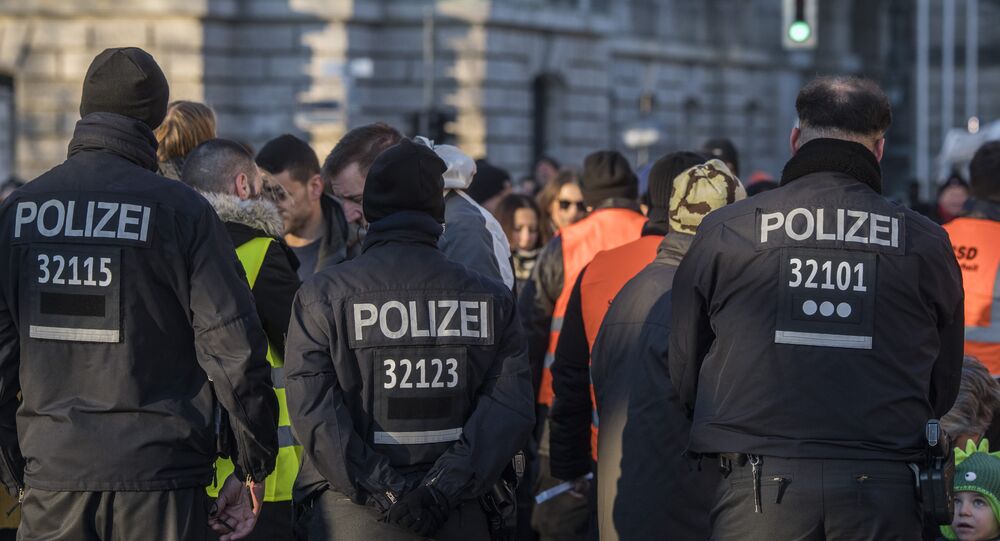 Germany has been facing a major influx of migrants and asylum seekers from the Middle East ever since Chancellor Angela Merkel announced an "open doors" policy in 2015. Some politicians and activists argue that it has resulted in a spike in the number of crimes in the country.

Police forces have managed to resolve the hostage situation in the German city of Wismar at the local Foreigners' Authority, where a refugee from Africa, allegedly of Ghanaian origin, had been holding an infant hostage for around five hours. A special ops unit has freed the infant and detained the man. The toddler reportedly remained unharmed and was taken into care.

According to the latest information, the infant could be the man's own child, which he was using as a means to exert pressure on the authorities to let him stay in Germany. The man was reportedly unarmed.

The police cordoned off the building and were conducting negotiations with the man since 14:30 local time. All employees at the Foreigners' Authority office left the building, according to the head of local administration, Kerstin Weiss. The infant's state was being monitored by a doctor at all times, as his alleged parent was trying to convince authorities to conduct a parenthood test that would essentially save him from being expelled from Germany.

© AP Photo / Jens Meyer
People walk between sculptures by artist Rainer Opolka in front of the Karl Marx Monument in Chemnitz, eastern Germany, Thursday, Sept. 13, 2018. The figure in the foreground is one of 10 life-sized metal wolf sculptures as a part of the spontan exhibition 'Wolves with Hitler salute howl in front of the Karl-Marx-Monument', to protest against xenophobia and right-wing extremism.

Germany has seen a major influx of migrants from the Middle East and Africa ever since Chancellor Angela Merkel announced her "open doors" policy. This led to several major protests in Germany after multiple incidents involving newcomers resulted in injuries or deaths among the locals. One of the biggest protests rocked the city of Chemnitz in the summer of 2018.