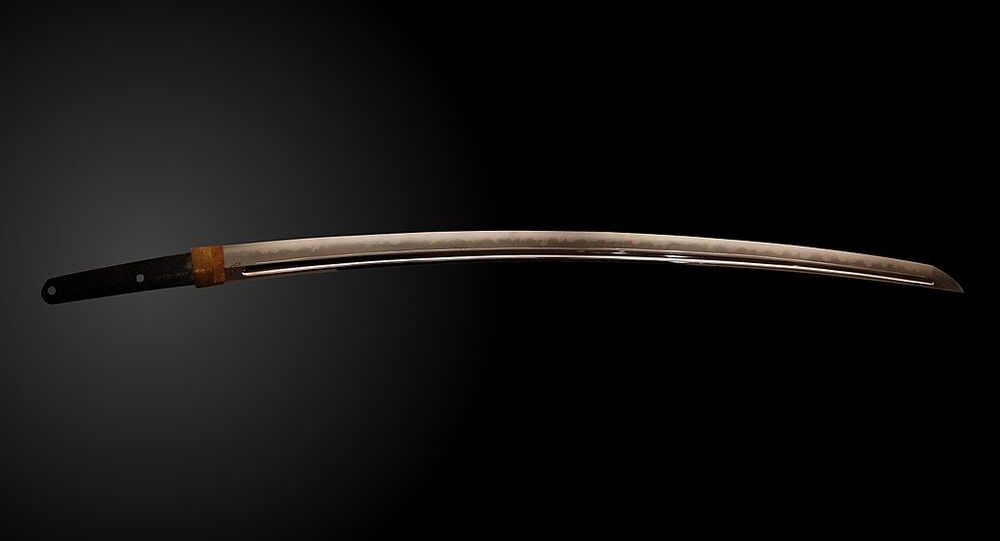 The suspect is understood to have lived in Germany for four years ,posing as a Syrian refugee. Police earlier ruled out a political or racial context in the case, saying he was likely driven by personal motives, and new details corroborate this theory.

The Stuttgart sword killer, initially believed to be a Syrian refugee, hacked his former roommate to death after the victim discovered that he was a Jordanian living in Germany with a fake identity, Berliner Zeitung daily reports.

Issa Mohammed, 28, butchered a German Kazakh man in the middle of a street in broad daylight last week with what looked like a samurai sword. He fled the scene on a bicycle but was eventually caught in a helicopter manhunt.

Authorities said the suspect was a Syrian citizen registered in Germany, but it emerged that he actually was a Jordanian who had been posing as a Syrian refugee for four years.

Berliner Zeitung tracked down his brother, Ahmad, who is living in the Jordanian city of Irbid some 20 kilometres south of the Syrian border.

Ahmad told the newspaper that his brother had left Jordan in November 2014 and obtained a fake Syrian passport in Turkey. He then allegedly arrived in Greece, an EU member state, by boat and ended up in Germany in February 2015.

It is understood that the suspect was registered with the Federal Office for Migration and Refugees in Brandenburg. He claimed he was born on 12 March 1991 in the Syrian town of Daraa, located some 30km from his actual hometown of Irdib across the border.

Issa Mohammed is said to have moved to Stuttgart in 2018, where he shared an apartment with the victim, identified as Wilhelm L., age 36.

Ahmad was quoted as saying that the brother told him over the phone in May that his roommate was “making his life hell”, and he was willing to do the same.

Police now reportedly believe that Mohammed, who was working at McDonald’s, killed Wilhelm L. because he feared he had discovered his secret identity and alerted the German authorities, although it is still unclear if it was the case.

He was caught on camera soaked in blood after hacking the victim in the middle of a residential area, shouting “What did you send to Berlin?” so the fake identity theory could explain his motives.

It is claimed that Mohammed had asked for consular assistance from Jordan’s Embassy during  his interrogation.

The migration authorities refused to discuss his case when approached by Berliner Zeitung for comment.

Following a major influx of Mideast and North African refugees four years ago, fake identities became a real problem for the German government. In late 2015, it was revealed that 8 per cent of examined Syrian passports were fake. Then-Interior Minister Thomas de Maiziere stated earlier that as many as 30 percent of Syrian passports were forged.

The following year, the Federal Migration Office was accused of security flaws after it was revealed to have failed to identify fake passports used by refugees entering Germany.