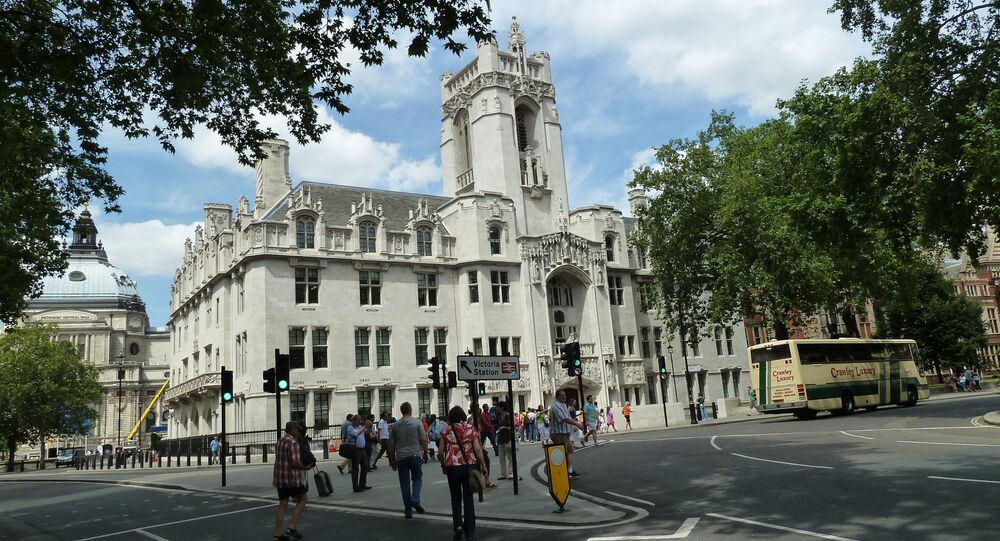 The prime minister prorogued the Parliament last week on the grounds that he would prefer the Queen to outline his new policies, as scheduled, in mid-October. However, what's been seen as a forced vacation has been appealed in court as illegal in light of the ongoing Brexit complications, with two appeals now being challenged by the government.

Court hearings are set to resume later on Wednesday over the prorogued Parliament in Britain as the government is appealing a ruling by judges at Edinburgh’s Court of Session who maintained Boris Johnson’s move was "unlawful" and meant to "stymie" MPs as the Brexit deadline is approaching.

The court will start with two and a half hours of arguments from the government’s representative, Sir James Eadie QC, against the initial appeal by Ms Miller’s legal team, who disputed the English court’s ruling.

Peer Lord Pannick QC argued Johnson had suspended Parliament to prevent his Brexit plans from being "frustrated or damaged" by lawmakers, adding that there was nothing wrong in suspending parliamentary sessions in order to duly present a Queen’s Speech. He asserted though that the "exceptional length" of the current suspension provides hard evidence that the prime minister’s "motive was to silence Parliament because he sees it as an obstacle".

However, the High Court in England had previously ruled the opposite way, shortly after a challenge to the prorogation brought by campaigner Gina Miller.

According to the judges, the shutdown was "purely political" and therefore "not a matter" for the judiciary.

Johnson announced at the end of August that he planned to suspend - or prorogue - Parliament for five weeks - a move he took last week on the heels of two failed votes in the Parliament to hold a snap election, having incidentally secured a formal consent from the monarch.

The prime minister insisted the move had nothing to do with Brexit and his "do or die" pledge to deliver the UK’s divorce from the EU on 31 October, with or without a deal, but it didn’t stop opposition MPs and campaigners from disputing the matter in a court of law.

Earlier this week, British Prime Minister Boris Johnson met with European Commission head Jean Claude Juncker, as both the UK and EU aim to negotiate a revamped Brexit deal, namely the Irish backstop controversy, after strong opposition to a no-deal exit from the House of Commons. Juncker’s office reminded earlier that “it is the UK's responsibility to come forward with legally operational solutions” to the existing agreement and that such proposals “have not yet been made”, which prompted Johnson  to counter arguing there was still a “good chance of a deal” and “just the right amount of time” to arrive at one.

Similarly, according to Juncker, who referred to the Monday talks with Johnson as "productive", the UK exit from the EU with a deal is still a possibility.

Johnson earlier famously declared that he would go to great lengths and "rather die in a ditch than" than opt for another Brexit delay, but the latter is not off the table given the new legislation. Prior to the parliamentary prorogation, Parliament passed a law that obliges the prime minister to ask for a Brexit extension on 19 October in the event of no consent on a particular deal, or, alternatively, a no-deal scenario.

Meanwhile, a cross-party majority of legislators could still welcome Brexit on 31 October, as scheduled, if there is a deal in place by that time. Four senior members of the European Research Group, an alliance of Brexiteers among the Conservatives, have indicated their readiness to support a revised deal if Johnson can negotiate changes to the Irish backstop provision, the key stumbling clock in the Brexit talks with the EU, according to The Times.

Whose Judgment Is It Anyway? UK Supreme Court's Investigation of Parliament's Proroguing Explained